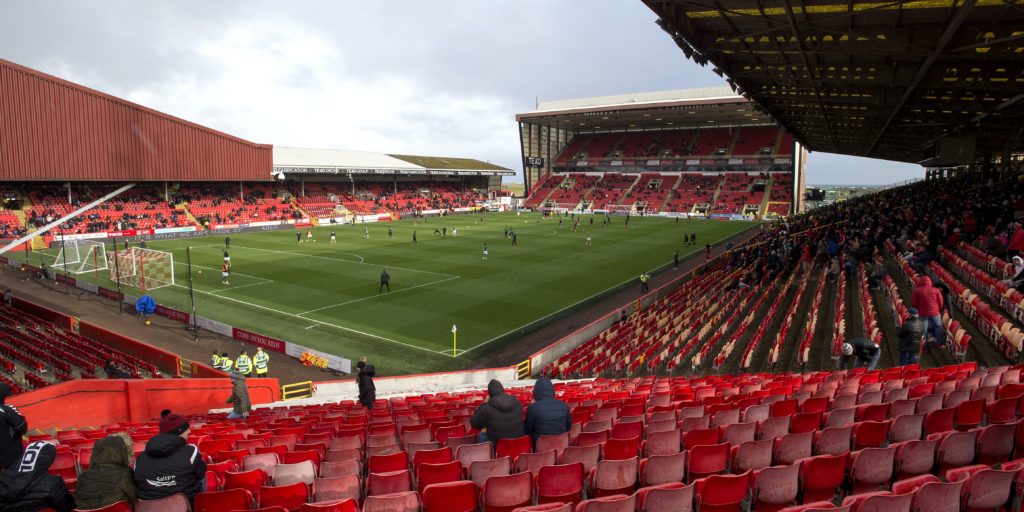 Chairman Dave Cormack offered an update on the club’s finances on Twitter.

Aberdeen chairman Dave Cormack has declared the club have offset half of their predicted GBP 10million coronavirus hit.

The Dons opened talks with players and other staff last week over making wage cuts and other savings amid the prospect of playing behind closed doors for the first few months of the season.

But Cormack was able to give supporters some encouragement that the club were finding ways to deal with the financial impact of the pandemic.

Writing on Twitter, Cormack said: “All at AFC working 120 per cent to manage crisis. With no fans at games we now estimate an income hit of GBP 10m. Incredibly we’ve managed to raise/save GBP 5m so far. Football success and protecting jobs a priority. Fans been great. Can only get thru this together. Let’s do it!”

Hibernian and Dundee also launched consultation processes with employees in the past seven days as the impact of the health crisis on Scottish football finances becomes more apparent.

Celtic manager Neil Lennon also warned his club would not be immune to the effects, with decisions set to be made by the end of the month on whether players and other staff will face more wage cuts or deferrals.

Meanwhile, it remains unclear when Premiership clubs can resume contact training despite professional sport being allowed to return in Scotland from Monday.

A meeting at Ayr racecourse will herald the resumption of professional sport after the Scottish Government announced on Thursday that the country was moving into phase two of the route out of lockdown.

The suspension of all football activity was lifted on June 11, but only for Premiership first-team squads to train in a socially distanced manner.

In a statement on Friday directed towards grassroots football clubs, Scottish football’s Joint Response Group stated that the “permitted football activity will not materially change and we will continue to encourage informal physical activity through football based on the Scottish Government guidelines”.

That means physical contact is still not permitted between households but Premiership clubs are keen to take their training to the next level.