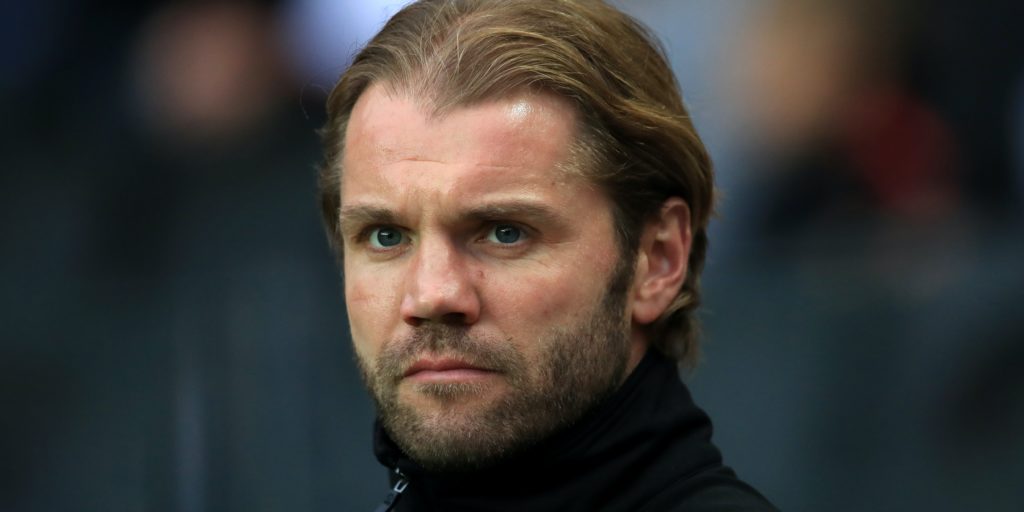 Hearts have reappointed Robbie Neilson as manager after agreeing a compensation deal with Dundee United.

The 40-year-old, who was previously in charge at Tynecastle between 2014 and 2016, rejoins the Jambos on a three-year contract, replacing Daniel Stendel.

“You don’t turn down the chance to come to a club like Hearts and I’m absolutely delighted to be coming back,” he told Hearts’ website.

Neilson guided Dundee United to the Ladbrokes Championship title last season in a campaign curtailed due to the coronavirus pandemic.

He will return to the Scottish second tier with Hearts after they finished bottom of the Premiership and were relegated.

The former defender, who spent nine years as a Hearts player and also had a spell in charge of MK Dons, added: “I had some great experiences here, both as a player and manager, and I’m keen to pick up where I left off.

“Everyone knows there is a really good squad at Hearts and I’m excited to begin working with the players and staff.

“Finally, I’d like to say thank you to Dundee United for the opportunity they gave me two years ago. I hope the United fans feel that together we managed to restore the club back to where it belongs.”

Dundee United plan to appoint a new head coach “as soon as possible”, with coaches Gordon Forrest and Lee McCulloch placed in temporary charge of their pre-season preparations.

United’s sporting director Tony Asghar told his club’s website: “After lengthy discussions with Robbie, he made it clear he wished to speak with them.

“As a result of this, the contractual termination clause has been met and Robbie will leave the club.

“As head coach, he led the team to a play-off final before achieving promotion with a Championship title this season and I would like to thank him for his contribution.

“Gordon Forrest and Lee McCulloch will continue leading our pre-season preparations ahead of the Scottish Premiership restart and we will look to appoint a new head coach as soon as possible.”