Keith Curle not giving up on Northampton promotion dream 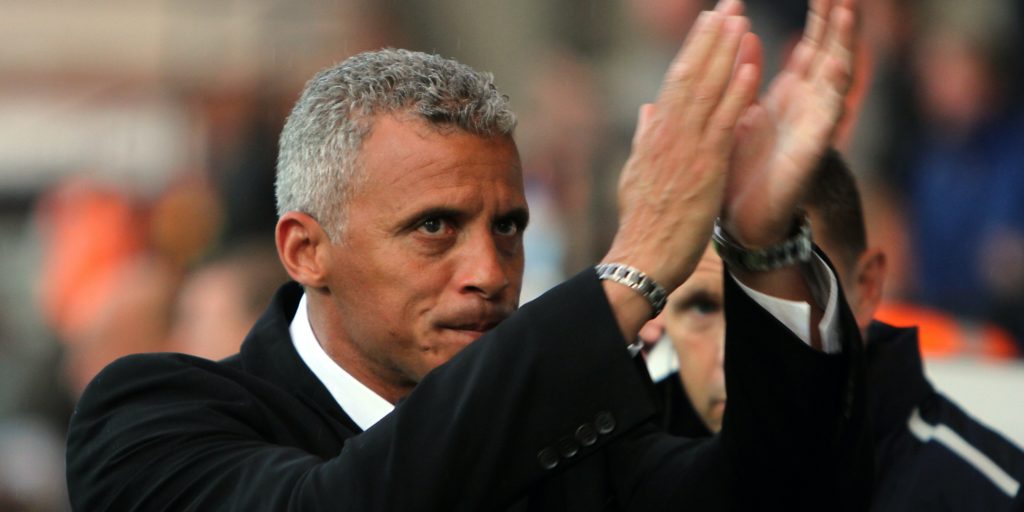 The Cobblers have it all to do in Gloucestershire.

Northampton boss Keith Curle will not give up on promotion as the Cobblers look to overturn a two-goal deficit in the second leg of their Sky Bet League Two play-off semi-final with Cheltenham.

The Robins are in pole position after claiming a 2-0 victory in Thursday’s first leg, but the Cobblers boss remains hopeful that the tables can be turned.

Curle believes that an early goal will be vital if his team are to claw back the deficit and proceed to the Wembley final.

“Two-nil can be a difficult lead to defend,” he told the club website.

“Things didn’t quite drop for us on Thursday night, but on Monday night we have to believe they will.

“If we can get that first goal on Monday night then it really sets things up.

“There are more goals to be had in this tie and I think you will see that on Monday night.”

Curle also confirmed that he will have a full complement of players to choose from for the clash, with the whole squad fit and available for selection.

“Callum Morton has had a bit of an issue with a hamstring when football was suspended that took him a while to overcome and I took him off on Thursday as more of a precaution,” he said.

“I need him on Monday night and we will have Sam Hoskins available as well.”

Cheltenham manager Michael Duff agreed that nothing has been settled, despite his side holding the advantage.

“It’s cliche, but its half time,” he said in an interview on the club’s website.

“We do have a mantra, and that’s that all you can do is win a half of football. Then come in at half time, reassess and see where you’re at.

“There’ll be no sitting back or trying to protect our lead, we’ll be trying to win that half of football on Monday night.”

Exeter defender Dean Moxey stressed the importance of his side bringing their shooting boots as they look to turn around a 1-0 deficit against Colchester.

“We know what we have got to do now,” Moxey said on the club website.

“I think we were possibly the better team up until the final third, we just never tested their goalie on the day. I don’t think we had a shot on target. We will have to change that straight away.”

Colchester boss John McGreal acknowledged that his side hold an advantage but insists there will be no complacency.

“It’s a little bit of an advantage but we know that it’s going to be another tough game,” he told the Essex County Standard.

“We’ve got to improve on it, there’s no question of it. We’re not sitting here thinking the job’s done or half done – we have to improve on that performance.”