Home News Main talking points after the return of the Championship

Main talking points after the return of the Championship 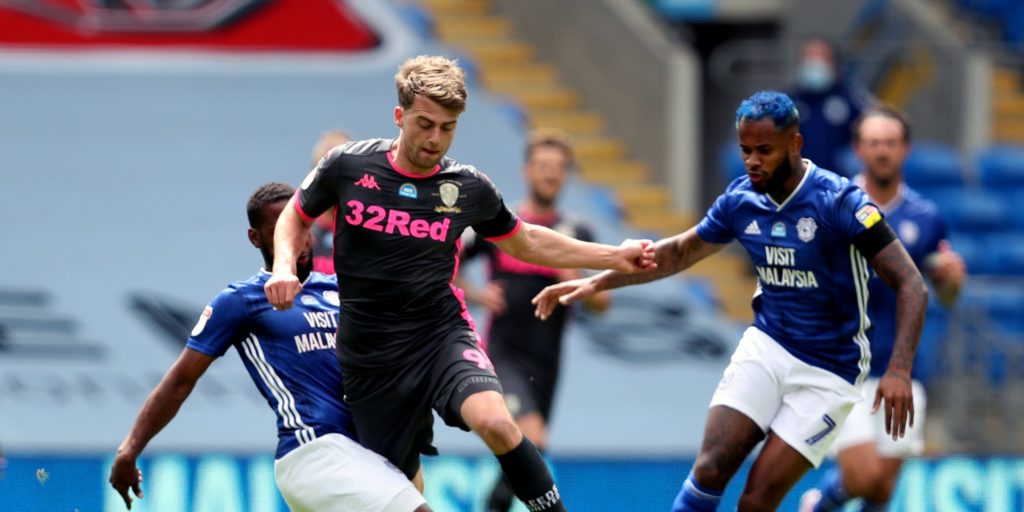 West Brom replaced Leeds at the top of the table.

The Sky Bet Championship returned this weekend after being halted by the coronavirus pandemic.

With promotion and relegation battles ahead there is bound to be plenty of drama in the final weeks of the campaign.

Here, the PA news agency takes a look at the major talking points from the first games back.

With West Brom held at home to Birmingham on Saturday, title favourites Leeds had the chance to open up a three-point lead at the top. But Marcelo Biesla’s men slumped to a 2-0 loss to Cardiff in South Wales. Fine strikes from Junior Hoilett and Robert Glatzel earned the Bluebirds the win which takes them to the edge of the play-off places and leaves Leeds sitting behind West Brom on goal difference.

While Leeds and West Brom seemingly battling it out for the automatic promotion places, near-neighbours Fulham and Brentford will be keen to secure their respective places in the play-offs. Fulham remain third but have the Bees buzzing right behind them now as a 2-0 victory at Craven Cottage moves Thomas Frank’s side a point behind the Cottagers. Said Benrahma opened the scoring for the visitors with just two minutes remaining, with Emiliano Marcondes wrapping up the victory in stoppage time.

Swansea back with a bang as Brew bags two

Swansea were arguably the most impressive performers following the 104-day lay-off as they easily brushed struggling Middlesbrough aside. Liverpool loanee and Champions League winner Rhian Brewster scored twice in the opening 21 minutes to set the Swans on course to a 3-0 win at the Riverside, with Andre Ayew adding the third from the penalty spot. While the result leaves Swansea in the play-off picture it means Boro remain in trouble and they sit above the relegation zone by virtue of goal difference only.

Who needs Rooney when you have Sibley?

Experienced campaigner Wayne Rooney burst onto the scene as a teenager and he was on the pitch as Derby midfielder Louie Sibley hit a hat-trick to down Millwall in an entertaining 3-2 win. The 18-year-old, making just his second league appearance for the Rams, bagged his three goals after Matt Smith’s header had put the hosts ahead at the Den. Jon Dadi Bodvarsson pulled one back in stoppage time with Derby drawing level with the Lions on 54 points as a result.

The majority of the teams struggling towards the bottom of the Championship endured a forgetful return to action.
But, with Charlton winning at fellow strugglers Hull, Barnsley were the only other side in the current bottom six to pick up all three points. They came courtesy of an early Elliot Simoes strike, which proved enough to earn the Tykes a 1-0 win at QPR.