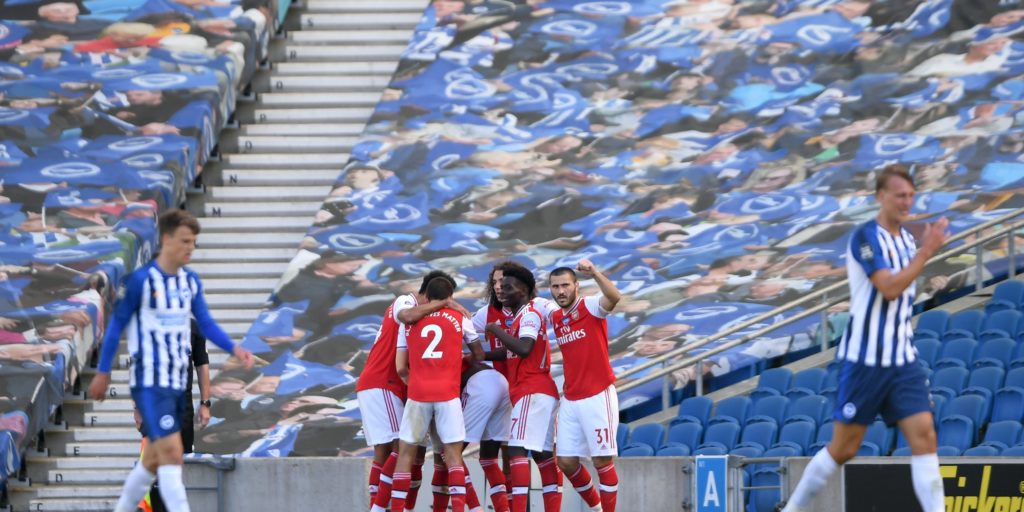 The unnamed individual had also come into close contact with two other members of the Gunners squad.

An Arsenal player tested positive for Covid-19 days before the resumption of the Premier League season, the PA news agency understands.

The unnamed individual had also come into close contact with two other members of the squad, meaning all three were expected to enter a period of self-isolation.

But it is believed that, after everyone returned negative results during the previous round of testing and with no symptoms on show from anyone at their London Colney training base, Arsenal were keen to test again in case of a false positive result for the player in question.

Once they had appeased the Premier League that there was no infection, the three players were able to return to training a day before the season restarted.

It is understood the trio then all played some part of the 3-0 defeat at Manchester City on Wednesday evening.

Gunners head coach Mikel Arteta had previously tested positive for coronavirus ahead of the original scheduling of the fixture in March, leading to top-flight football being halted for 100 days.

Arsenal have lost their first two games back and have seen Granit Xhaka, Pablo Mari and Bernd Leno suffer injuries during that time – with the latter two likely to miss the remainder of the season.