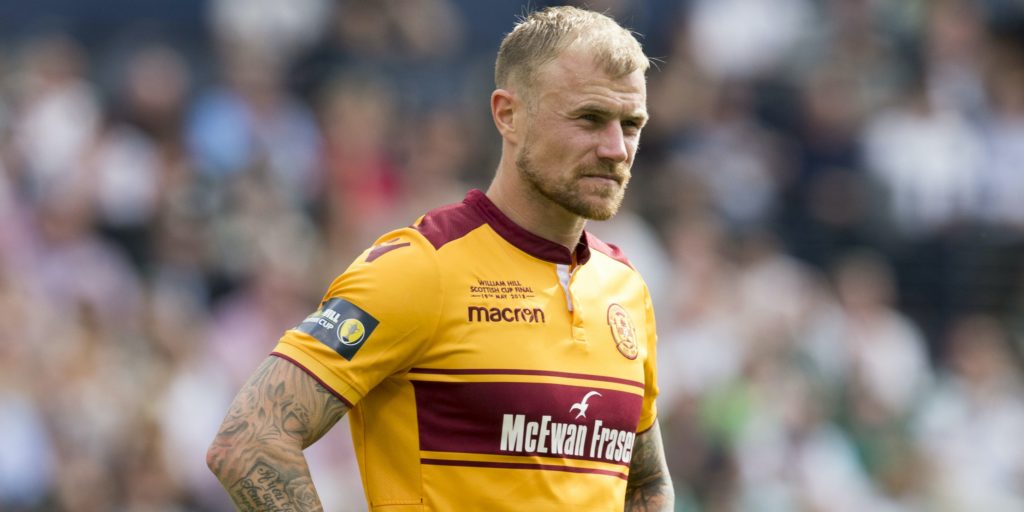 The defender revealed he had walked away from talks in a point of principle.

Motherwell have denied taking advantage of the coronavirus crisis during contract negotiations with the departed Richard Tait.

The defender revealed he had walked away from talks in a point of principle because he had been offered reduced terms after signing a contract, and expressed his disappointment at a lack of communication from the club.

However, Motherwell have insisted Tait had initially refused the contract he signed, which was not ratified by anyone at the club.

A club statement read: “Earlier this year, the club entered negotiations and made contract offers to Richard, which he rejected. He is perfectly entitled to do this, as we would expect over the course of any negotiation.

“Shortly after the league was stopped due to the Covid-19 outbreak, with the majority of our staff working from home, Richard returned a signed contract to the club, accepting an offer made to him which he had previously rejected. This contract was signed only by him, and not by any member of staff at Motherwell FC.

“At this point, we informed Richard that we would not be in a position to sign off on the contract, given we were in the midst of complete uncertainty over our financial position going forward in the wake of a global pandemic.

“Nevertheless, we reassured him we wanted him to stay at the club, and we would be back in touch once we had certainty over where we stood.

“Towards the end of May, Richard was offered revised terms, with the full explanation this was being done in light of a predicted much-reduced football budget.

“Richard told the BBC that it was his view ‘[Motherwell] were taking advantage of a bad situation’ in doing this.

“As a fan-owned club operating in hugely uncertain financial times, it is imperative that the board exercise the maximum caution to safeguard the club.

“At the time Richard was offered revised terms, we were unsure when the 2020-21 season would commence. We are still in the situation where we do not know when a crucial revenue stream – having supporters in the stadium – will be available to us again.”

Motherwell stated the basic salary offered was no less than he had previously been paid and included an offer for his coaching education as well as a promise to review the contract once the situation with fans became clearer.

They added: “We are disheartened that someone who has been part of the fabric of our club for four years would make an accusation that we would try and take advantage of a grave situation like Covid-19.”

The statement finished: “We reiterate our sincere thanks for all he gave to the club and wish him all the best in his future career.”