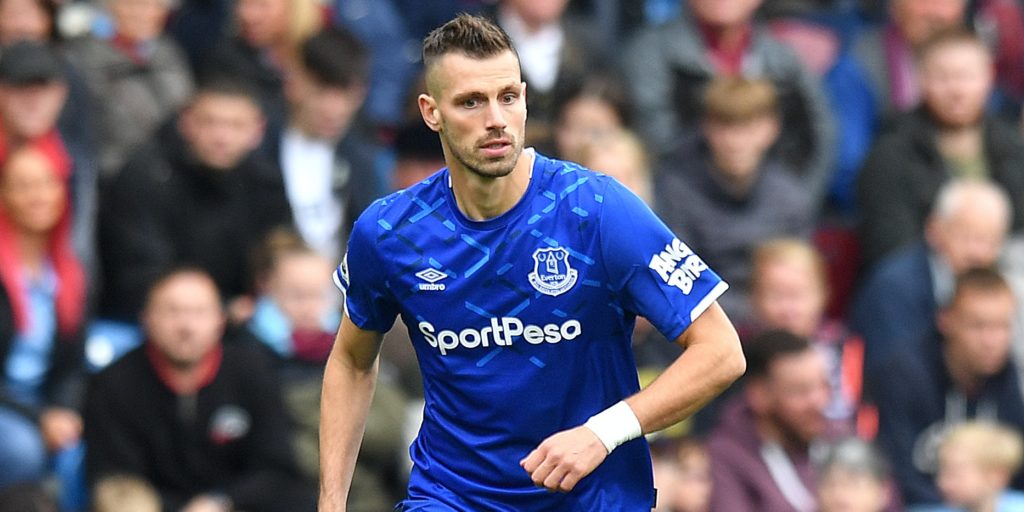 The 30-year-old France international has left Goodison Park for an undisclosed fee to bring to an end a three-and-a-half year stay on Merseyside.

Carlo Ancelotti has revealed Morgan Schneiderlin’s desire to return to his native France was behind the midfielder’s move to Nice.

The 30-year-old France international has left Goodison Park for an undisclosed fee to bring to an end a three-and-a-half year stay on Merseyside, having joined from Manchester United in January 2017 in a deal reportedly worth GBP 20million.

Schneiderlin made 88 appearances for the Toffees, scoring one goal, but too often his spell with the club was interrupted by injuries, and he underwent knee surgery in February after starting 12 Premier League games this season.

Ancelotti, who took over at Everton in December, said he had been happy with Schneiderlin’s performances but the player was keen to return to his homeland 12 months before his contract was due to expire.

“I can talk about the period he spent with me and I think it was a good period,” Ancelotti said.

“He had injuries but in the time he played, he played well. Everyone in the club is happy for what he did as a professional here and everyone wants to wish him the best.

“He had the desire to go back to France and we let him, he had the possibility to go there, so we wish him all the best for the future.”

Nice, managed by former Arsenal midfielder Patrick Vieira, finished fifth in the 2019-20 Ligue 1 season which was brought to a premature conclusion due to the coronavirus pandemic.

Ancelotti takes his side to Norwich on Wednesday, looking for a win following the encouraging point earned in Sunday’s Merseyside derby at home to Liverpool.

The goalless draw leaves Everton down in 12th place, eight points behind Manchester United in fifth place, but Ancelotti still believes European football is a realistic target in what he called a “mini-tournament” between now and the end of the season.

“Our target is to do all we can to try to play in Europe next season,” the Italian said. “It will not be easy, there are teams above us, but we have to fight for this important goal for us for next season.”

Norwich won 2-0 at Goodison Park in November – a game before Ancelotti’s time at the club but one he recognised marked a low point in the season.

“We can try to get revenge for this defeat,” he said. “It will be difficult, I know. I want the players to understand they need to play a fantastic game.

“Norwich are in a difficult position and they have a change against us to get points for their relegation battle.”

There has been no change for the club on the injury front, with Yerry Mina and Fabian Delph targeting Wednesday’s game against Leicester for a return while Theo Walcott and Jean-Philippe Gbamin remain sidelined.

And the manager indicated he wanted to continue bringing through talent from the academy after seeing the benefits during his trophy-laden spell with AC Milan in the early 2000s.

“I think the sense of belonging of players to the club is really important,” he said. “I had that experience in Milan, Milan built a fantastic team using players from the academy.

“Anthony represents not only the himself, but also the academy. He has a good sense of belonging, like Seamus Coleman, like Tom Davies, this is important.

“But I did not choose Anthony Gordon because he’s from the academy, because of his sense of belonging, but because I thought it was important for the game. This is my job, to choose the right players to try to prepare for the game.”