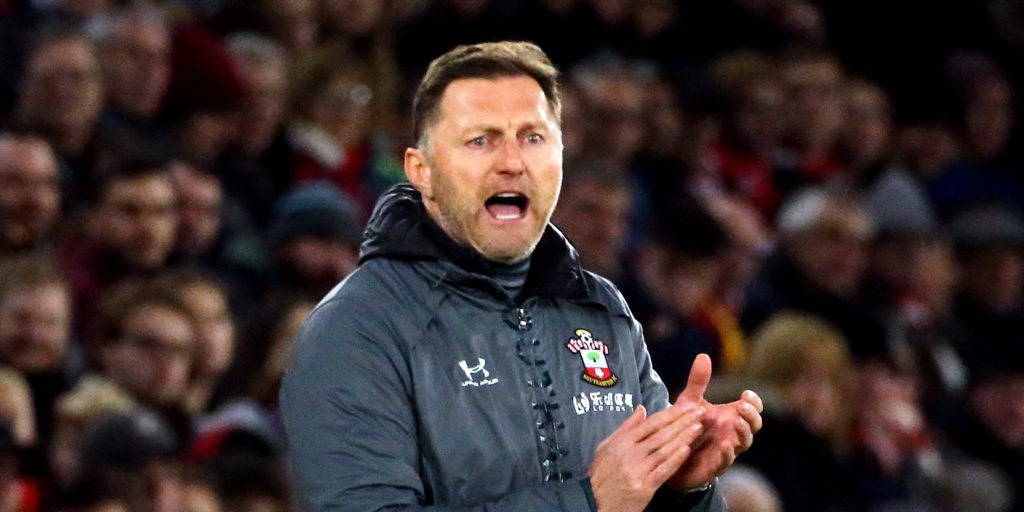 The Saints have only claimed 14 points from games at St Mary’s this season.

Ralph Hasenhuttl is wary of the threat posed by wounded Arsenal as the Southampton manager looks to press reset on their wretched St Mary’s run.

After an unbeaten Premier League start to 2020 under Mikel Arteta, things unravelled spectacularly in the Gunners’ two matches since play resumed after the coronavirus suspension.

Last Wednesday’s 3-0 loss at Manchester City could easily have been worse and was compounded by a 2-1 collapse at Brighton, when injury issues mounted along with the questions about the situation at Arsenal.

Saints were seconds away from winning at the Emirates Stadium in November only for the encounter to end 2-2 and Hasenhuttl is wary of the threat the out-of-sorts north London club pose.

“He has a strong team – it’s never or a good moment (to play them),” the Southampton boss said.

“It’s always difficult because they have quality, they have fantastic players and it’s always to play the game.

“Even if they have a few injuries, the quality is so big they can absolutely hit back immediately and if you give them a little space, they are unstoppable with their speed.

“We must really take care, really pay attention of everything and finally make it a very good game.”

It has been all too rare that Southampton have put in a good performance on home turf, having won just four of their 15 league matches at St Mary’s this season.

Their 14-point return is the worst home record in the league and contrasts markedly with the 23 picked up on the road – a record only bettered by Liverpool, Manchester City, Chelsea, Leicester and Wolves.

The return to St Mary’s will of course be unusual given matches have to be played behind closed doors, but Hasenhuttl knows it offers the chance to end their home hoodoo before fans return.

“It could be a chance for reset and it can’t get more worse, I think, so it was not really a fantastic season from our side,” said the Austrian, who recently signed a new deal until 2024.

“If you are successful enough, it looks like you can only play without our fans at home.

“But I think it’s absolutely necessary to show that we can win more games at home, with our crowd or not.

“So, our fans know that we do everything what we do for them to make them happy.

“If they are not in our stadium, I think they will enjoy, hopefully, watching us from home, supporting us from home and they should know that we would really like to see them back.”

Shane Long will be available for a Southampton side who will continue to be without Moussa Djenepo following his red card against Newcastle before the suspension.

Kevin Danso and Kyle Walker-Peters will be available for the run-in after their loans were extended.

“Like Kyle, haven’t decided yet (about making a permanent move),” Hasenhuttl added.

“Let them play the last eight games, let me look how far he is in his development, how quick he takes it and we have time to decide it.

“Everybody should get the chance to show up in the last games.”