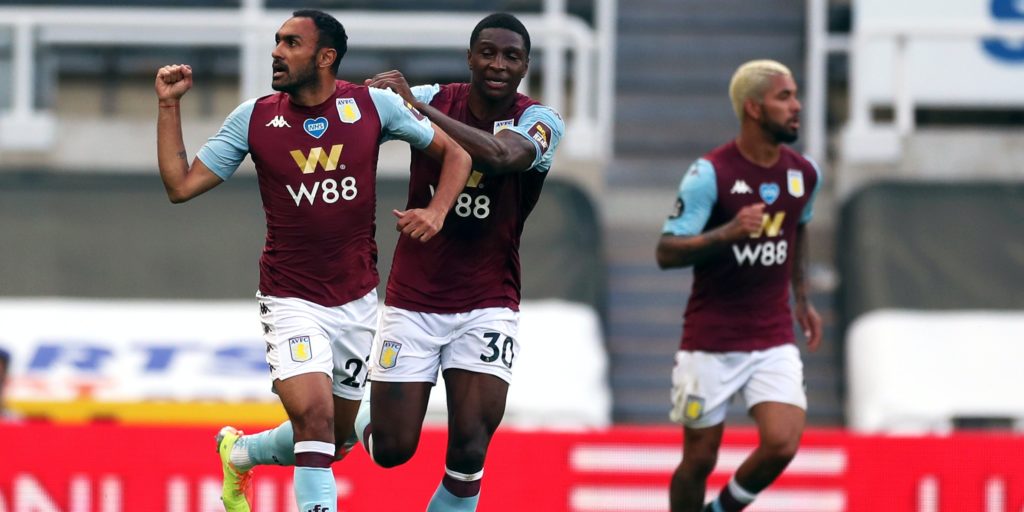 The Magpies looked to be heading for a second win in four days when Dwight Gayle, who had replaced Matt Ritchie just seconds earlier, fired them into a 68th-minute lead with his first Newcastle goal in more than two years.

However Elmohamady, who was signed by Steve Bruce during his time in charge of the Black Cats, Hull and Villa, squeezed an 83rd-minute header past Martin Dubravka to force a 1-1 draw which few could deny they deserved on a night when the Magpies struggled to replicate the form they showed in beating Sheffield United impressively at the weekend.

Villa started the brighter and might have taken a seventh-minute lead had Trezeguet managed to guide his first-time half-volleyed attempt from Ezri Konsa’s cross on target rather than just over Dubravka’s crossbar.

The visitors passed up a second opportunity seven minutes later when full-back Anwar El Ghazi crossed from the right and striker Mbwana Samatta glanced his header wastefully wide after finding space in a porous home defence.

Villa, prompted by Jack Grealish and John McGinn in the middle of the field, continued to make the running without ever troubling Dubravka, combining with 29 minutes gone for the latter to head wide from the former’s near-post cross.

Newcastle finally started to make an impression as the half ran down with Ritchie forcing a 34th-minute block from Douglas Luiz after Jonjo Shelvey and Allan Saint-Maximin had linked up, and defender Tyrone Mings had to be just as resilient four minutes later to repel Joelinton’s strike.

Orjan Nyland was called upon for the first time a minute before the break when Ritchie sent in a powerfully struck attempt, and the visitors’ keeper needed two attempts to claim a skidding effort from the same man seconds after the restart.

Trezeguet headed across goal from El Ghazi’s 49th-minute cross as Villa responded, but the Magpies were finally starting to impose themselves, and Miguel Almiron saw his 57th-minute shot deflected wide after Ritchie and Danny Rose had exchanged passes down the left.

Saint-Maximin blasted high and wide and made an exhilarating run seconds later but, with the game entering its final quarter, Bruce sent on Andy Carroll and Gayle for Joelinton and Ritchie in the search for a winner and the ploy paid off almost immediately.

Carroll was allowed to control a throw-in and squeeze it into the box, where Gayle help off Konsa before firing past the exposed Nyland.

Dean Smith’s men refused to throw in the towel and after defender Kortney Hause had glanced a header wide with 15 minutes remaining, Elmohamady levelled when he directed fellow substitute Conor Hourihane’s corner under Dubravka to spark a late flurry which left the home side hanging on for dear life.