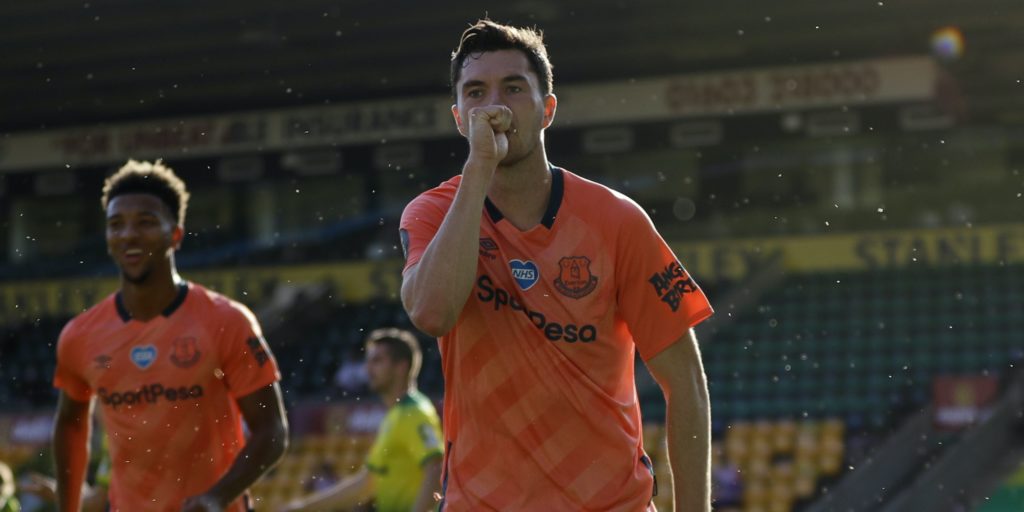 Norwich’s slim survival hopes were dealt a blow as Everton kept their hopes of European football alive thanks to a Michael Keane header.

Daniel Farke’s side went into the game six points adrift of 19th place at the bottom of the table, and needing to force a win to narrow the gap.

The four changes made by Farke frustrated Everton in the first half as the visitors were kept at bay, but Keane’s nodded goal at the start of the second half gave the Toffees the lead.

The 27-year-old defender found himself unmarked and was able to turn a corner past Tim Krul in the Norwich net for his second Premier League goal of the season.

Toffees boss Carlo Ancelotti said before the game he believed that European football was a realistic target for his side and the win took them a step closer to reducing the gap.

However, Norwich’s struggles in front of goal continue. The Canaries have now scored just once in their last seven matches.

As with the previous round of Premier League fixtures, both sides took a knee as part of the Black Lives Matter movement, although the shirt names have returned to those of the players.

The game started evenly, with both sides enjoying periods of possession, although Norwich were largely penned back in their own half.

Everton almost looked to be caught out after Onel Hernandez weaved through the box before getting a shot away which deflected off the outside of Jordan Pickford’s post.

But that was the closest the home side came to breaking the deadlock in the first half, although Lukas Rupp tested Pickford with a long-range effort following a driving run, but the England goalkeeper was able to parry.

Unlike their previous game against Southampton, where a bright start petered out, Norwich were able to keep their early momentum going into the second half – but Everton took control as the game wore on.

The Canaries had been unable to turn their first half chances into goals and were punished when Keane was able to get above the home defence and turn the ball past Tim Krul from a Lucas Digne corner.

Substitute Emiliano Buendia came close for Norwich to try to level the score after a quick one-two with Teemu Pukki – but the Argentinian was unable to get the shot away.

In one of the last chances to wrap up the game, Dominic Calvert-Lewin took a shot but his long distance drive was straight at Krul.