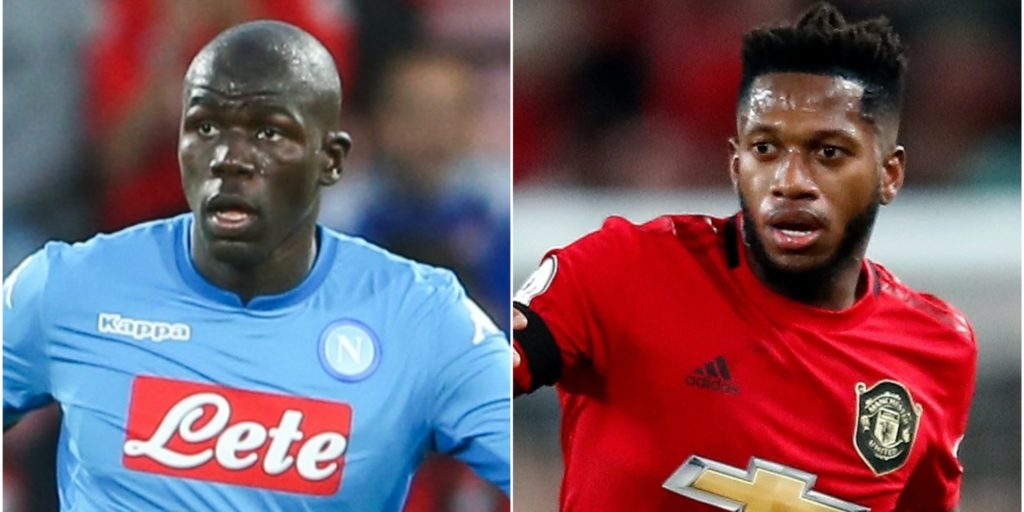 Kalidou Koulibaly has been linked with Manchester City, while Fred seeks a long-term stay at United.

Kalidou Koulibaly looks set to join Manchester City in the next transfer window following reports Liverpool have dropped out of the running to secure the right-footed defender from Napoli. According to the Daily Express, the Reds are instead looking for a left-footed player that can fit in at either centre-back or left-back, leaving City as the lone front-runner for the 29-year-old’s signature.

The Sun says Fred has engaged in talks with Manchester United over a new long-term deal. Though the 27-year-old initially struggled to adapt to the Premier League, his recent turnaround in form has not gone unnoticed by club bosses, with both parties believed to be eager to agree a lengthy stay at Old Trafford.

Despite Jose Mourinho’s recent insistence that there was no rift between himself and Tanguy Ndombele, there are further reports that the midfielder believes he has played his last game for Spurs. Citing ESPN, the Daily Mirror says the 23-year-old is ready to leave the club this summer following a reported row with Mourinho at training on Monday.

Arsenal are believed to have approached Sporting Lisbon about a deal for 17-year-old Joelson Fernandes. The Daily Star, citing a report in Portuguese publication O Jogo, says the Gunners have joined Barcelona and RB Leipzig in pursuit of the youngster – though Lisbon are determined to lock him down long term.

Pierre-Emerick Aubameyang: Juventus have joined Barcelona and Inter Milan in the chase for the Arsenal forward, according to Le10 Sport.

Thiago Alcantara: Liverpool have received a boost in their pursuit of the Spanish midfielder with the 29-year-old ending negotiations with current club Bayern Munich, Bild reports.