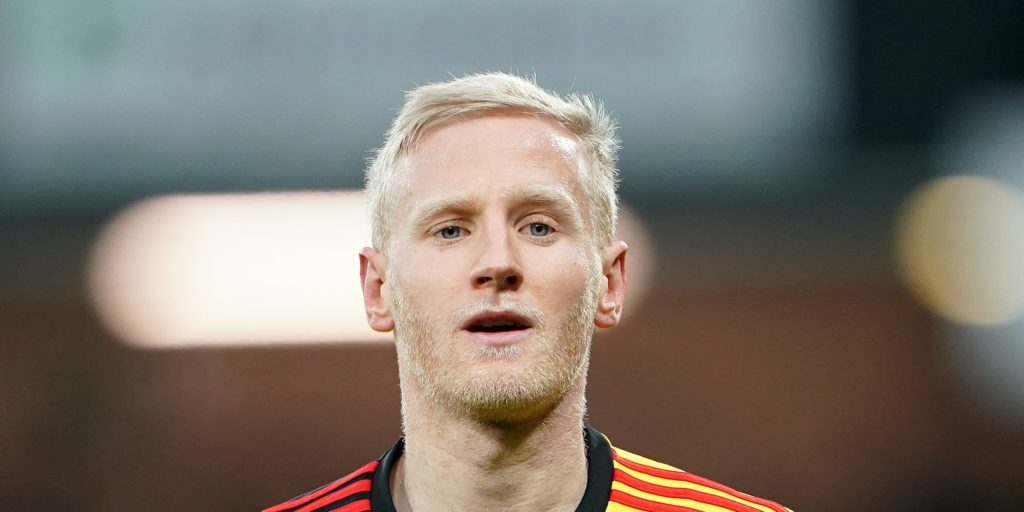 Hughes has caught the eye with his recent displays.

Watford may be fighting for their Premier League status but in midfielder Will Hughes they have a player capable of becoming an England international – according to assistant head coach Craig Shakespeare.

The 25-year-old has enjoyed a fine run of form since Nigel Pearson was appointed in December with the remit of keeping the Hornets in the top-flight.

Hughes has caught the eye with his displays and was one of the best players on the pitch in Saturday’s 1-1 draw at home to Leicester.

Signed from Derby in 2017, it has taken Hughes a while to make his mark but Shakespeare believes the former England Under-21 international has all the attributes to represent the Three Lions in the future.

“I thought he was outstanding again on Saturday,” Shakespeare said of Hughes.

“It is our job to drive him, he has the potential to get even better. I know he got into the Derby team as a young player and now he has established himself as a fully-grown Premier League player who should have international ambitions.

“That is not to say that I am putting pressure on his shoulders, I think he is that good.

“We are really pleased to have him in our team and he is another one who is contributing to the team.

“I don’t want to get carried away with individuals but we are very, very pleased with Will’s contribution at the moment.”

“We have spoken to them about a nine-game tournament and it felt like that after getting off the coach after the Leicester game,” he added.

“We went back to the training ground to prepare, I’ve done a few tournaments and it felt a bit like that. The mental side of it shouldn’t be underestimated and the players are aware of that.”

“We spoke to the players when they came back and, for me, mentality is right up there.

“You talk about ability but also with the mentality and resilience, drive – all those things matter when you’re playing a short space of time and you have to recover and get yourself up and go again.

“We go to a tough place on Thursday at Burnley, regardless of whether the crowd are there or not and so that mental side of it should never be underestimated.”