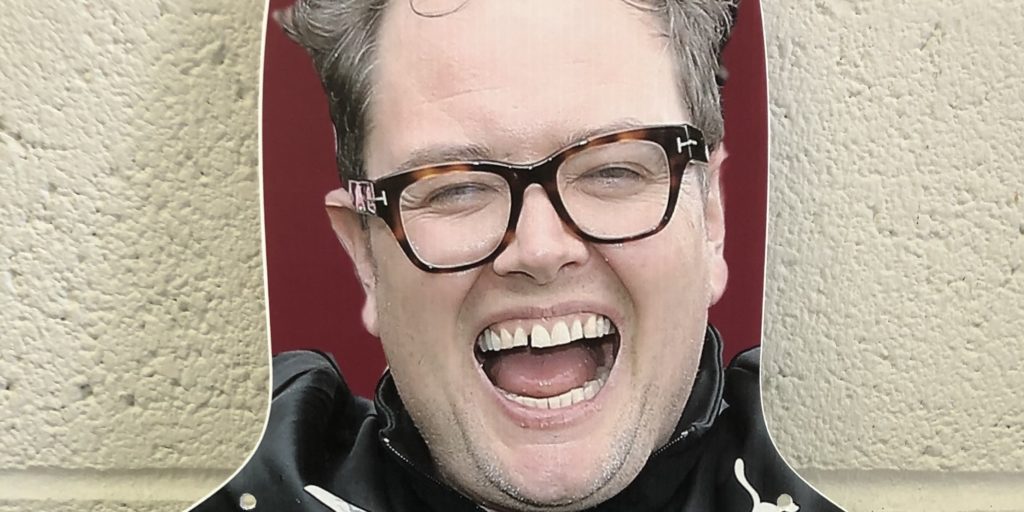 Comedian Alan Carr and basketball great Shaquille O’Neal will feature in the ‘cardboard army’ at the Northampton end during the Sky Bet League Two play-off final at Wembley.

Coronavirus guidelines mean no fans will be present for Monday evening’s promotion decider between the Cobblers and Exeter.

Instead, the empty stands will feature thousands of cardboard cut-outs of supporters – including some celebrities – as both clubs seek to create an atmosphere for the biggest game of their season.

Carr’s father Graham is a former Northampton manager, while four-time NBA winner O’Neal is a business associate of Cobblers chairman Kelvin Thomas and has been vocal in his support of the club in the past.

They will be joined in the Northampton end of the 90,000-seater national stadium by an image of Harry Dunn, a 19-year-old season ticket holder who was killed last year when his motorcycle collided with a car outside a US military base.

Carr posted on Instagram: “So, apparently I’m going to be at Wembley Stadium on Monday supporting the mighty Cobblers……..as a cardboard cut out – see if you can spot me ? Good luck to the Cobblers on Monday!!#upthecobblers #wembley.”

Northampton are bidding to return to the third tier after two seasons away, while Exeter, who were beaten in the 2017 and 2018 finals, are hoping to end an eight-year exile.

The Grecians expect to have almost 2,000 cardboard cut-outs, including one of the manager of Devon rivals Plymouth, Ryan Lowe.

Lowe will back the club for the second successive match after a playful Pilgrims fan paid for him to be at Monday’s semi-final second leg victory over Colchester.

Former City striker Adam Stansfield, who died of cancer at the age of 31 in 2010, will also feature in the ‘crowd’.

Northampton expect to have 1,500 cut-outs in their end of the stadium.

Exeter boss Matt Taylor feels the absence of supporters will be a disappointment for all involved in the occasion.

“It’s a real shame. And it’s a shame for the players as well,” he said.

“I was speaking to my club captain, Jake Taylor, and to lead your team out at Wembley is a fantastic thing, a great honour, and for your family not to be there and sample that atmosphere alongside you is really disappointing.

“We feel for everyone but there’s nothing we can do about that, I’m afraid.”

Northampton boss Keith Curle, whose side came from two goals down on aggregate to defeat Cheltenham in the semi-finals, does not expect the empty stadium to have a major influence on the contest.

He said: “As soon as you walk over the white line, the fundamentals are exactly the same – two competitive teams, a referee and two managers trying to give you instructions. Those dynamic don’t change.”