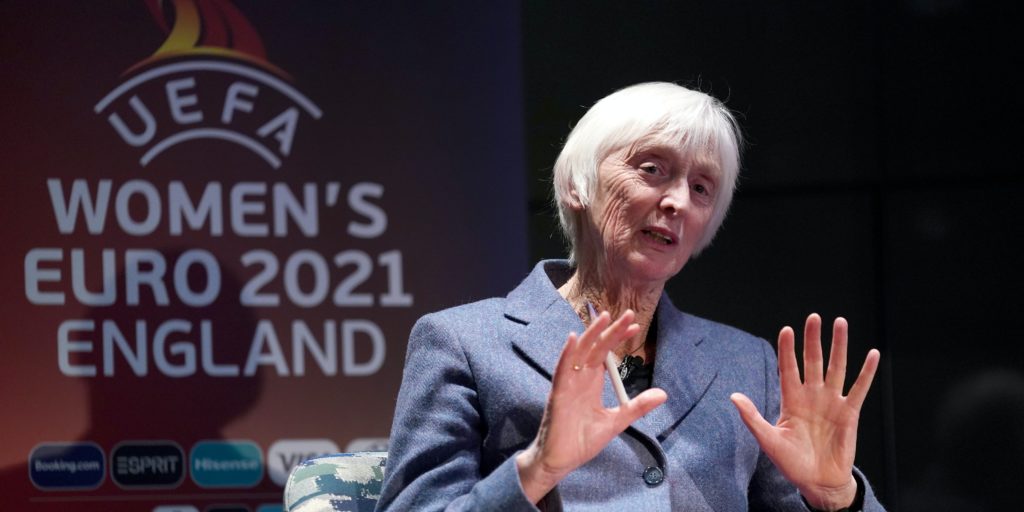 Neville guided England to the semi-finals of the World Cup.

Baroness Sue Campbell has stressed Phil Neville leaving his role as England Women boss was his decision and is optimistic a successor will be appointed this summer.

The Football Association announced in April that Neville would not be in charge beyond the end of his current contract, running to July 2021.

That was shortly after the England-hosted European Championships and the Tokyo Olympics were rescheduled due to the coronavirus pandemic, moving a year back to 2022 and 2021 respectively.

Neville, who had been set to oversee teams at both, was appointed England boss in January 2018 and guided them to the semi-finals of last year’s World Cup, but they have won only three and lost seven of their last 11 games.

Campbell, the FA’s director of women’s football, said on Thursday: “In terms of Phil, it was his decision to conclude his contract when he gets to the end of next year.

“The option to extend that contract, I didn’t take it beyond offering it to him. I’d have to have taken it to the board and other people, but he didn’t want that. He was very clear in his mind that he’d come to do a three-year job and that is what he wanted to do.

“I think he was disappointed, as I’m sure we all were, that the Olympics and Euros got bumped a year. He would have had the Olympics this summer and finished with the Euros, which would have been three fantastic years for him, but that’s not how it has worked out. But it was very much his decision.”

Campbell said applications to succeed Neville were due in by the end of June, that there had been “very, very good interest from significantly experienced coaches”, and added: “I’m very optimistic that we’ll move to a new appointment this summer.

“When that person starts will depend on them to a large degree and also on discussions with Phil.”

Jill Ellis, Emma Hayes and Casey Stoney have been linked with the post.

She described it as “business as usual” currently for Neville, who she said was “doing a great job and has been an immaculate professional.”

Campbell was speaking as the FA published a document reflecting on its ‘Gameplan for Growth’, a strategy for the development of women’s and girls’ football in England launched in 2017.

The document also notes England’s run to the World Cup semi-finals and their peak world ranking of two in March 2018.

Campbell talked of climbing a “mountain” in the bid to be the best, and said while times were “difficult” she was “really positive and optimistic we can build now on these foundations and go to an even higher ground.”

When asked how worried she was about the pandemic’s impact on the women’s game, Campbell said: “I’m not worried. Everybody is facing a setback, let’s be clear about that. But I feel we consulted very carefully with clubs. I know there’s a sense some of the momentum has been lost but if we come back in the right way, we’ll regain that momentum quickly I think.”

The WSL in May was brought to an early end with Chelsea named champions. The target date for the new season starting is September 5.