Home News How did Liverpool end their wait for a title – and what next for the Reds?

How did Liverpool end their wait for a title – and what next for the Reds? 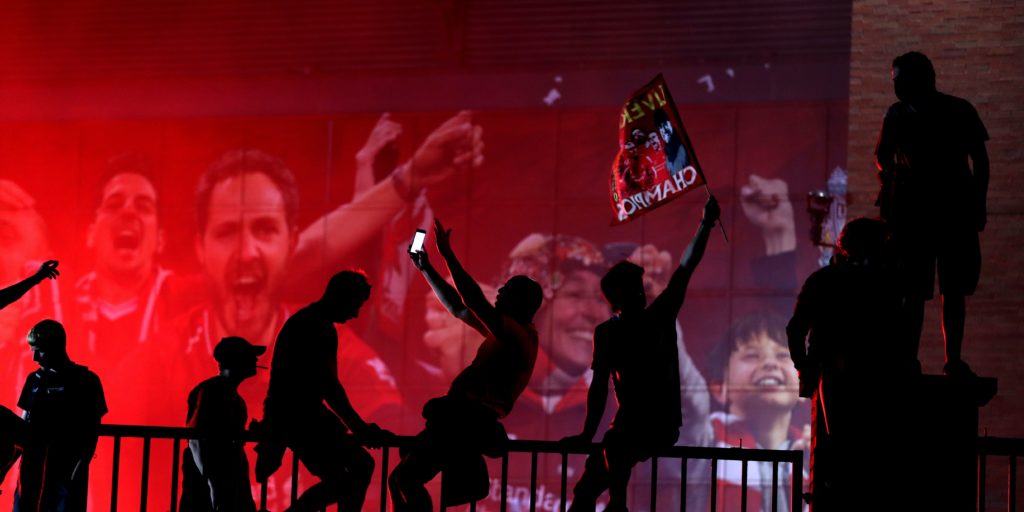 Liverpool’s long wait for a league title was finally ended after 30 years when Manchester City’s defeat to Chelsea handed a 19th championship to the club.

Having finished second with a record 97 points to Pep Guardiola’s side last season this success has been more than two years in the making.

Here PA’s Carl Markham looks at how it was achieved and what has to be done next.

Liverpool came close in the past 30 years, what significant factor got them over the line this time?

Two words: Jurgen Klopp. The Reds’ charismatic manager has been the driving force behind the club’s resurgence since his arrival in October 2015 and this season is the culmination of his pledge to “turn doubters into believers”. Unlike in previous years, the German has been less cheerleader and more wise, old head as he has let the football do his talking. But even if he has been keeping the players grounded his drive to maintain the very highest standards has ensured they have not been allowed to ease off at any point. That has seen them win all 16 league matches at Anfield this season – extending an unbeaten home record back to March 2017 – and drop points in just three of their 31 matches so far. If they maintain their current form they will eclipse Manchester City’s 100-point record set in 2017-18 which many felt would not be bettered for a long time.

How has he done it?

Recruitment has been a major success. For long periods when the club were in the doldrums post-1990 a series of ill-conceived and sometimes disastrous signings contributed to the general malaise. There were the odd blips, like the 2008-09 season, and 2013-14, when they came close to ending their title drought, but even in the last few months of Klopp’s predecessor Brendan Rodgers’ reign mistakes were being made – notably spending GBP 32.5million on Christian Benteke at the manager’s insistence despite him not fitting the style. The player scored just 10 goals in 42 appearances and was quickly jettisoned after the German’s arrival. Since then there have been few failings in the transfer market as the mastermind behind it all, sporting director Michael Edwards and his team identified and secured the likes of Sadio Mane, Mohamed Salah, Georginio Wijnaldum, Virgil Van Dijk, Andrew Robertson, Fabinho, Alisson Becker – who are mainstays of the team and all tied down to long contracts – and still made a net profit with shrewd sales.

What changed from those near misses?

Significantly the defence. And even more significantly, Virgil Van Dijk. Some baulked at the GBP 75million world-record fee for a defender but no one is questioning that decision now. When the title slipped through Rodgers’ grasp in 2014 it was the defence which cost them. Liverpool scored 101 league goals that campaign but conceded 50. They have conceded just 41 over the course of last season and this. And while Van Dijk is not solely responsible he has a huge influence over how the defence is organised and exudes an air of calm where once there was chaos. The addition of goalkeeper Alisson Becker, again for a GBP 65m fee which raised eyebrows, has also made a huge difference. The Brazil international won the Golden Glove in his maiden season with 21 clean sheets in 38 appearances and has 12 in 22 this time around. The other two key components of the back four, Trent Alexander-Arnold and Robertson offer far more in the attacking third but their contributions should not be overlooked.

What has been the difference with closest challengers Manchester City this season?

Almost impossible to quantify but their never-say-die attitude has been evident in many matches this season. The perfect example was at Aston Villa in November, when they trailed 1-0 with three minutes to go but still won. In their too-close-to-call title race with City last season Klopp called his players “mentality monsters” and they have proved that again with their unrelenting desire to win when games are tight. Almost a third of all their goals have been scored in the final 20 minutes of games.

Where do they go from here?

The real test of a team’s quality is the ability to replicate success. Liverpool did it with regularity in their 1980s heyday and that is what Klopp must now instil in this squad. Having run City a close second last season and won the title this the curve has been upward but that must now be maintained. The adage that top sides must strengthen when they are strong should be applied but this current side has very few weak spots. A high-quality back-up to their famed front three would probably be top of the list but having allowed long-term target Timo Werner to join Chelsea without putting up a fight Klopp may instead put his faith in highly-rated youngsters Rhian Brewster, doing good things on loan at Swansea, Curtis Jones, Harvey Elliott and possibly Harry Wilson, who has impressed on loan at Bournemouth. Left-back also needs some cover – Robertson plays most matches and midfielder James Milner is an able deputy but a specialist would be preferable.