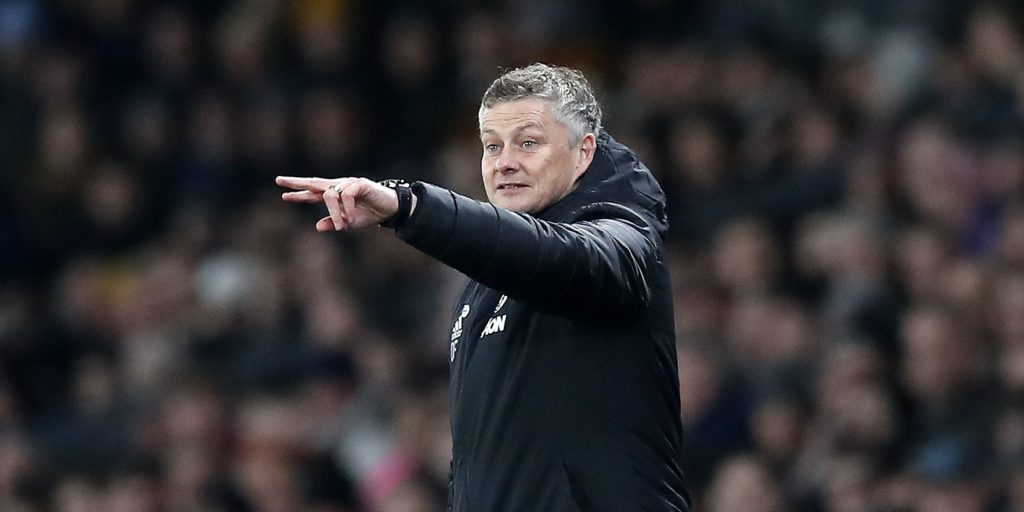 United face Norwich in the quarter-finals on Saturday.

Ole Gunnar Solskjaer believes winning the FA Cup could provide the catalyst for bigger and better things at Manchester United.

As bitter rivals Liverpool celebrate the first league title in 30 years, the 1999 treble hero is preparing his side for Saturday evening’s quarter-final clash at Norwich.

United look well set for a tilt at FA Cup glory, as well as the Europa League when that resumes in August, and Solskjaer believes the first trophy of his time in the Old Trafford dugout can spark a series of success.

“I think first of all the FA Cup is a fantastic tournament, and a fantastic final to play a part in, a fantastic trophy to lift,” the Norwegian said.

“For our team, it’s a new team and to get hands on a first trophy and win a first title would be fantastic and hopefully a catalyst for more things to come.

“So, we are focused on doing our best, getting through to the next round and hopefully to the final.”

Solskjaer plans to rotate his squad against the Premier League’s bottom side, with a hectic schedule to juggle and everyone bar Phil Jones and Axel Tuanzebe at his disposal.

“It’s been a long lay-off,” he said of his squad, with half an eye on Tuesday’s Premier League trip to Brighton.

“To be looking after the players is one of our jobs, and with rotations, we play Wednesday and Saturday, Tuesday, Saturday, the heat, everything so there will be a few changes.

“But if you want to be part of a winning Man United team, you will have to make a couple of changes so that is the situation we are in.

“We all agreed on OK, we will try to finish the season, and we are going to do our best to put performances on and make sure the players are safe.”

United’s trip to Norwich could also see Jesse Lingard make his first start since play resumed amid the coronavirus pandemic.

The England international, who has endured a tough time of late, was conspicuous by his absence from the squad for Wednesday’s 3-0 win against Sheffield United, having been an unused substitute at Tottenham last week.

“Jesse has come back after the lockdown with a smile on his face, loads of energy,” Solskjaer, whose side are unbeaten in 13 matches, said.

“Unfortunately, last week he fell ill for a couple of days but we’ve done all the tests and he’s fine, so he’ll be involved against Norwich now and hopefully he can kick on.

“Jesse has scored vital goals for us and he’s been a vital player for us, so let’s see what the future will hold because at the moment he’s looking really sharp and focused.”