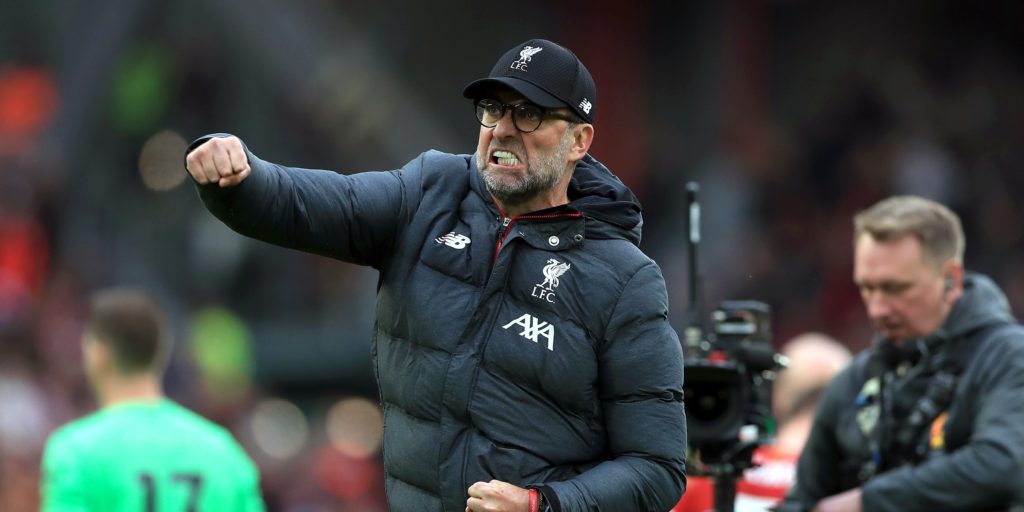 Manchester City slipped up at Stamford Bridge on Thursday night.

Liverpool’s 30-year wait for a league title is over after they were confirmed as Premier League champions.

Second-placed Manchester City had to win at Chelsea to prolong the Reds’ wait for at least another week but fell to a 2-1 defeat on Thursday night.

It means Jurgen Klopp’s side have won the title – the club’s first since 1990 – with a record seven games to spare.

Liverpool’s remarkable league campaign has seen them win 28 of their 31 fixtures.

They can break City’s Premier League record of 100 points for a campaign if they go on to win five of their remaining seven matches.

The Reds’ title success is the 19th in the club’s history, moving them one behind Manchester United’s English record.

Liverpool will take to the field for the first time as champions on Thursday, when they travel to Man City.