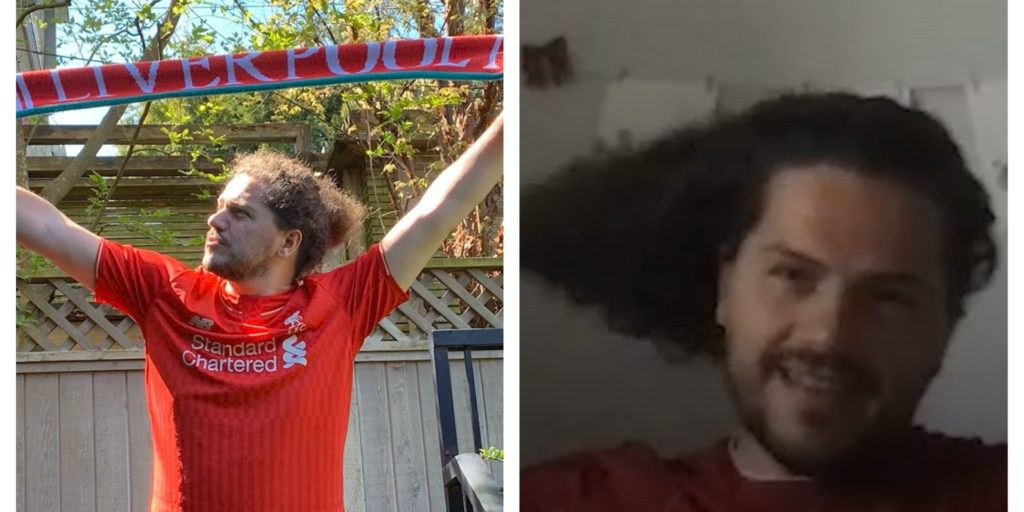 Uwe Krasniqi promised in 2014 that he wouldn’t shear his locks until the Reds finally won the Premier League, but says he’s now ‘finally there’.

A Liverpool fan is planning to cut his hair for the first time in 17 years after the club secured their long-awaited Premier League title.

Uke Krasniqi, a diehard Red from Kosovo who now lives in Vancouver, promised in 2014 that he wouldn’t get a haircut until the team finally banished their demons and won the Premier League.

He said he had been urged “many times” to cut his long, curly hair in between by friends and family but “remained committed to my promise”.

The educational assistant said his wife Diana would be doing the honours when Liverpool eventually receive the trophy.

“Whenever I see Jordan Henderson lifting that trophy I will be cutting my hair,” he told the PA news agency.

The 37-year-old has supported the Reds since childhood thanks to his father, who watched the club in the days of domestic dominance with Kenny Dalglish and Graeme Souness.

His hair vow came after Steven Gerrard’s infamous slip against Chelsea handed the crown to Manchester City, despite Liverpool having led for much of the season.

“You never get over it, but you have to. That’s life, you have to move on.”

He feared that the season could be scrapped due to the coronavirus pandemic, leaving him another year without being able to shear his locks.

“I’ve been keeping my hair… I’ve been waiting for this moment.”

“I said it: as long as it takes. I had a few disappointing moments but it seems that I’m finally there, it’s going to happen.”