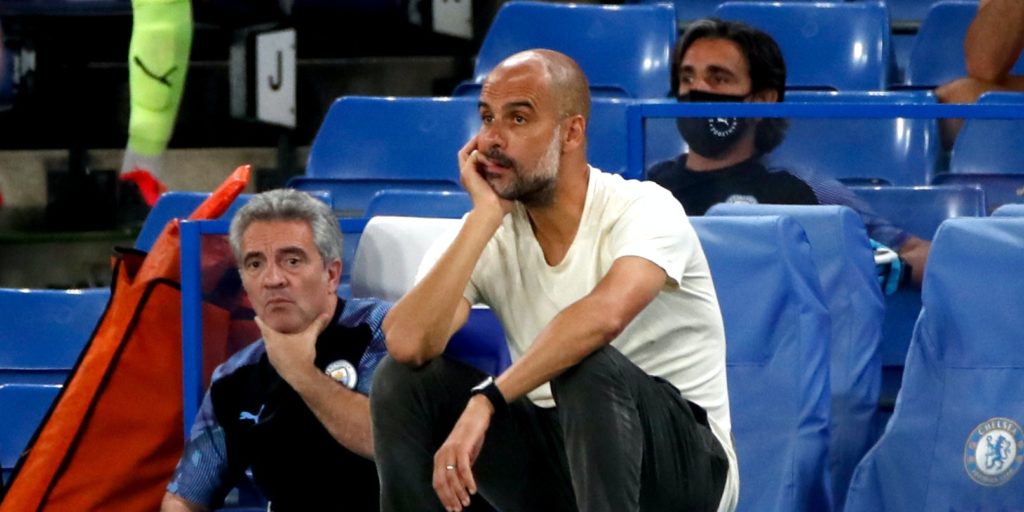 Liverpool have won the top flight for the first time since 1990.

Jurgen Klopp’s Liverpool can now toast their maiden Premier League triumph, with Guardiola conceding that City could not equal the Reds’ desire this term.

“Maybe we didn’t arrive with the same passion; Liverpool played every single game like it was the last chance they have,” said Guardiola.

“And maybe we didn’t get that moment, especially the key moments in the first part of the season.

“That is the reality, that we are so far behind.

“Liverpool were fantastic in consistency throughout the whole season.

“We dropped points at the beginning of the season, and Liverpool didn’t drop points.

“We’ll have to recover for next season, to be more consistent, and recover the points we missed this season.

“That’s the reality. Two years ago we were 25 points ahead of Liverpool, and now they are this distance ahead.

“We cannot forget that we won two titles. This is incredible success for us, for the club; the last six, seven, eight years.

“So we have to take a little perspective, be humble, and say ‘not all the time we can win’.

“And then we must learn what we need to do to avoid this situation again.”

City travel to Newcastle in the FA Cup on Sunday, but then must endure the painful experience of hosting champions Liverpool at the Etihad Stadium on Thursday, July 2.

Asked whether the hurt of slipping so far behind Liverpool this season must sting City into a response next term, Guardiola replied: “Yeah of course it should be, but now we have I would say still five, six weeks of competition, especially Sunday with the FA Cup.

“I’ve never thought ‘always we can win’, but we can say, the last 10 competitions we played as a club we won eight titles.

“That’s never happened before in this country. You cannot win all the time and always.

“We missed one important central defender. That was a real big problem for us, and we didn’t show the consistency that we need to play better.

“So I’ve never thought in my life that always you can win.

“What we have done in the last three seasons is incredible. And it’s so difficult to maintain this.”

Chelsea boss Lampard hailed Liverpool’s title win, then admitted the Blues have a fight on their hands to catch both Klopp’s men and City.

“They have a great group of players and a great manager.

“For the last three seasons City have been out on their own pretty much.

“And now Liverpool have shown their quality. It’s clear for us it’s a gap that we want to try and bridge and move towards, but they are two of the best teams in the world.

“So again, credit to Liverpool for what they’ve done.

“There’s a clear gap and it won’t happen overnight with one or two signings, there’s a lot of work that needs to be done.

“But this was a big performance and result for us.”