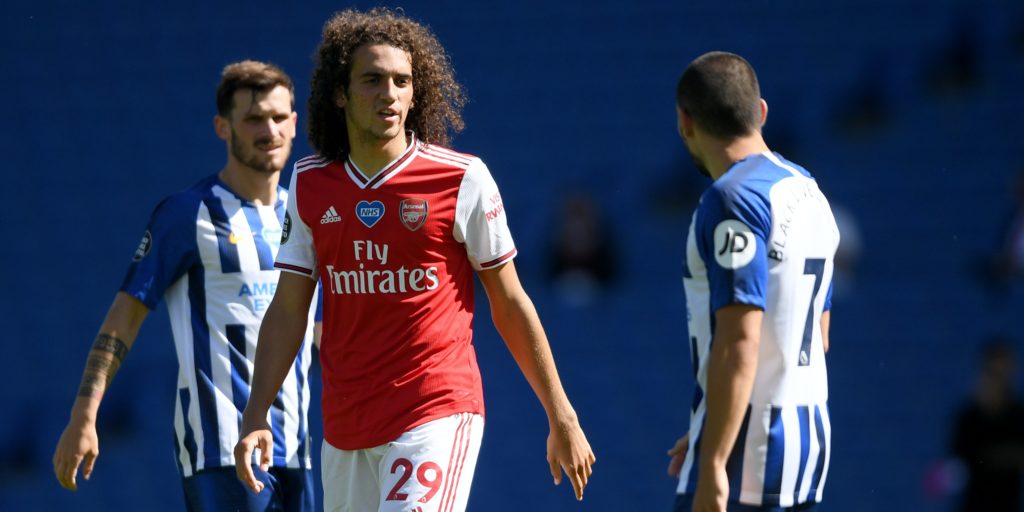 The midfielder was involved in a confrontation at the end of Arsenal’s defeat to Brighton.

Arsenal head coach Mikel Arteta insists he did not axe Matteo Guendouzi from the squad at Southampton to send the player a message following his recent antics.

The Gunners ran out 2-0 winners against 10-man Saints as goals from Eddie Nketiah and Joe Willock earned Arteta’s side their first points since the Premier League season resumed.

Guendouzi was conspicuous by his absence from the 20 Arsenal players who made the trip to St Mary’s.

The 21-year-old midfielder surprisingly escaped a Football Association charge having grabbed Neal Maupay by the throat at the full-time whistle in Saturday’s defeat at Brighton.

But, despite his reprieve, Arteta opted not to take Guendouzi to the south coast – although he denied it was anything other than squad rotation.

“No (it wasn’t punishment for Brighton). It was squad management,” he said.

“I don’t like to make any decisions to send messages. The messages that I send to the team or individually are very open and I’m clear with how I feel.

“Winning is the most important thing and when you win, everything is fine. Whatever issue we have internally, I will resolve it in a private way. I explained that I cannot explain and that’s it.”

Maupay had struck a last-gasp winner for the Seagulls as Arsenal lost their second game back having been outclassed at Manchester City three days earlier.

Arteta, who picked up his first Premier League away win as head coach, admitted his players were left hurting after Brighton’s comeback win last time out.

“We had two very difficult weeks with a lot of things that happened to us,” he added.

“I was concerned because after the defeat at Brighton where we threw the game away, it really touched the team.

“Confidence is everything in this game and we have to lift them up, but I could see yesterday that the reaction was really positive and they were really at it.

“We just demanded for them to play together, to enjoy competing with each other and defending each other as much as possible – then we would be fine. It was an important win for us.”

Both of Arsenal’s goals came courtesy of errors from Southampton goalkeeper Alex McCarthy.

The England international hit a clearance straight at the onrushing Nketiah, allowing the striker to open the scoring with a 20th-minute tap-in.

Then, following a red card for Jack Stephens after he fouled Pierre-Emerick Aubameyang, McCarthy could only fumble an Alexandre Lacazette shot into the path of Willock, who wrapped up the win.

Asked about the mistakes, Saints boss Ralph Hasenhuttl replied: “What can I say?

“We know we play a little bit more in possession now, taking the goalkeeper in the play. Sometimes some things he has to improve.

“This decision making in the moments on when to play the ball short and when to play it long – we are working on this.”