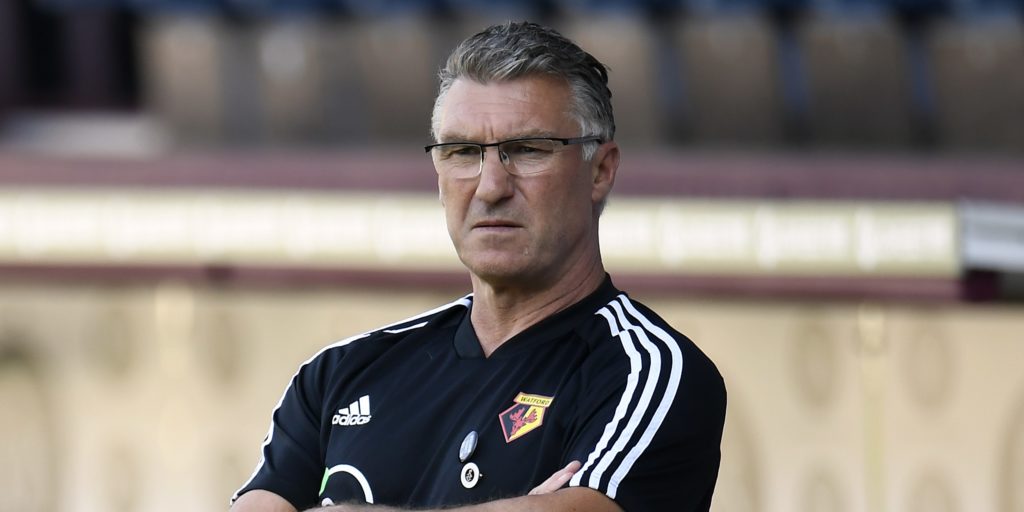 The Hornets sit one point above the Premier League relegation zone.

Watford manager Nigel Pearson is confident his side can still beat relegation this season.

The Hornets have taken just one point from their two games since the Premier League restart and were beaten 1-0 at Burnley on Thursday.

But Pearson, whose side are one point above the bottom three, believes they have enough games coming up where they can look after their own business, starting with Southampton at home on Sunday.

“I’m not worried. I’ve got confidence in my players,” he said.

“We’ve got winnable games coming up and it’s just important that we perform well in those games.

“It’s up to us to retain the option of things being in our own hands. That’s all it is. We’ve got to continue to look to improve, look to be as good as we can be and it’s very straightforward in my mind in that regard.

“It shows you how tough the Premier League is. It’s about getting enough points to stay up, it’s as simple as that.

“I’m not really spending a great deal of time trawling the past and what was happening then. It’s what happens now, what happens in the future. I’m not worried.”

The Hornets have no fresh injuries for the game against the Saints, with Daryl Janmaat, Gerard Deulofeu (both knee) and Isaac Success (ankle) remaining absent.

Pearson will also check on a number of players who played in sweltering conditions at Turf Moor.

“No injury concerns, but we’ll have a look again at whether players have picked up anything that’s not necessarily a major problem,” Pearson added.

“The loading of players playing in the types of heat we’ve been playing in is something we need to be aware of.

“Sure, we don’t have a very quick turnaround for the next game, but we’re all dealing with the same situation, so it will be a continuation of our recovery and the ones who need extra work will get it.”