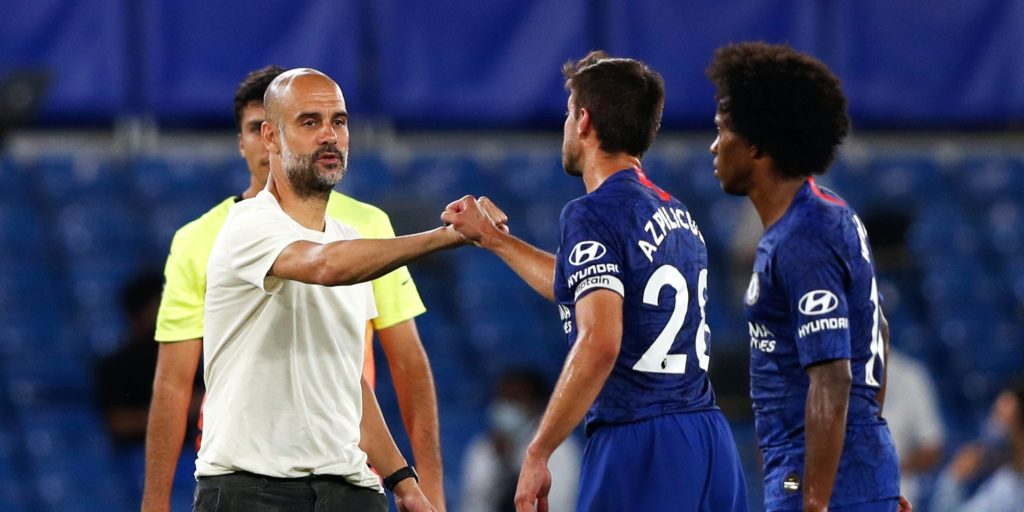 Guardiola believes teams like Chelsea and Manchester United will improve for next year.

Pep Guardiola expects to find it even tougher to win the Premier League title next year.

After successes in the previous two seasons, City surrendered their crown to Liverpool as they were beaten 2-1 at Chelsea on Thursday.

City won the league by 19 points in 2018 but then only pipped Liverpool by one last term.

This year the Merseysiders have turned to tables to snatch the prize with a record seven games remaining and, with other teams showing signs of improvement, the 2020-21 season could prove even harder for Guardiola.

The City manager said: “Chelsea have incredible guys there in the squad and extra now with (new signings) Hakim Ziyech and (Timo) Werner.

“That is why it is the best league in the world. Anyone can beat you and every season will be stronger.

“That is the reality of the Premier League. We are going to think about what we need to do to improve the team.”

City, trailing Liverpool by 23 points, had long been resigned to missing out on a third successive title. Only a victory would have extended Liverpool’s wait into next week, and their trip to the Etihad Stadium on Thursday, but City slipped to their eighth defeat of a frustrating season.

Kevin De Bruyne cancelled out Christian Pulisic’s breakaway opener with a sublime free-kick but Willian won it from the spot after Fernandinho was sent off by VAR for handball on the goalline.

“We knew (Liverpool were going to win it) for a long time,” said Guardiola. “In general we did good things but unfortunately we lost for some details.

“I am not so disappointed we lost the game but we have to learn to be consistent, as we were in the previous season. This season we could not maintain this level.”