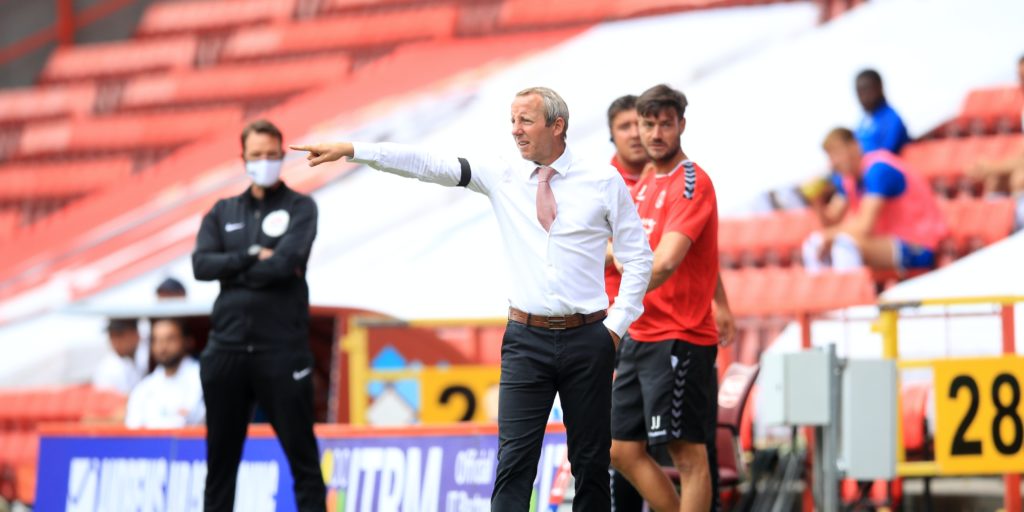 Charlton played crowd noise over the PA system during their 1-0 win over QPR.

Lee Bowyer believes Charlton have shown why attempting to decide the Sky Bet Championship on a points-per-game basis would have been wrong after they moved further clear of the bottom three with a 1-0 victory over QPR.

When the second tier of English football was halted due to the coronavirus pandemic in March, the Addicks had fallen into the relegation zone for the first time all season.

It was speculated the Championship could be decided by the PPG system – like League One and League Two eventually were – if the division could not resume, which would have sent the south London club down.

However, Charlton’s win at Hull on the weekend football resumed moved them out of the bottom three again and a second straight success, thanks to Darren Pratley’s first-half header, boosted their survival hopes even more.

“That is why I was not very happy with the way they were trying to do it. I knew it wouldn’t have been right or fair,” Bowyer said after the victory.

“I knew with nine games to go there is a lot of football left and even with seven to go, we are not out of it yet. We have to focus and keep fighting for every point because this league can hurt you.

“We have had a good start and we are in a good position, but we have to keep fighting until the end because the most important thing for me is staying in the division.

“And what they were trying to do before with the points-per-game thing was ridiculous. I think we are proving that as it stands today, but still a long way to go.”

Charlton played at the Valley without any fans present, but crowd noise was played over the PA system and Bowyer felt it helped them to a hard-fought 1-0 win over QPR.

The 43-year-old added: “Our fans and the songs definitely get our players going at home.

“It helps so I wanted to have that, but I didn’t want the other bench hearing what instructions we are trying to put out as well so it was finding that balance.”

QPR suffered a second straight defeat since the Championship resumed, with Jordan Hugill failing to make the most of a close-range effort at the start of the second half.

Boss Mark Warburton was frustrated with the lack of clear-cut chances created by his side.

“In the second half we dominated for long, long periods, but you have to test their goalkeeper and put the ball in the back of the net,” he said.

“We have seven games to go – tough games – and we want to show what we’re about.

“We’ve had two 1-0s, today was a much better performance, but still we leave with no points.”