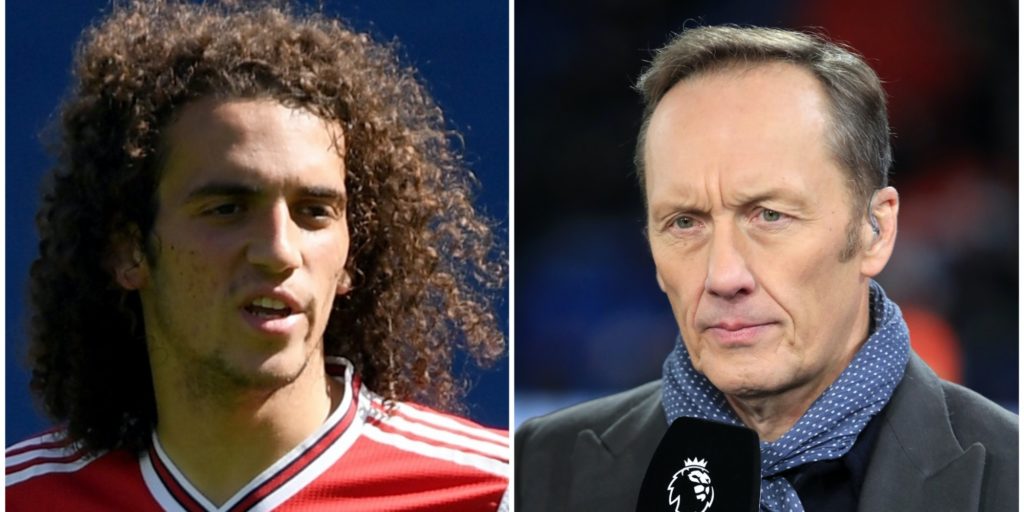 The midfielder was dropped from the 20-man squad which won 2-0 at Southampton on Thursday.

Former Arsenal defender Lee Dixon believes “petulant” Matteo Guendouzi is suffering from a lack of leaders within the current squad who could help him improve as a player.

The midfielder was dropped from the 20-man squad which won 2-0 at Southampton on Thursday night to give the Gunners their first points since the season resumed.

While head coach Mikel Arteta claimed it was for “player management” reasons, the suggestion that it was in response to Guendouzi’s actions in Saturday’s defeat at Brighton will not go away.

He escaped a Football Association charge after grabbing Seagulls’ match-winner Neal Maupay by the throat at full-time – but was forced to sit at home as his team-mates got Arsenal’s season back on track.

Reports surfaced on Friday that Guendouzi had told the club he would not be against leaving in the summer, with Arteta refusing to deny a meeting took place.

“Somebody needs to have a word with him and I’m sure Arteta has done – he wouldn’t have just left him out at Southampton and not said anything.

“There will have been a conversation and then it is about the ability of that player to take that message on board and see what he does with them.

“You don’t just do what the coach says, you listen and use your football intelligence to work out the good bits, the bad bits and what will get you to the next level.

“The next level for him is not being sat at home and watching the game on TV, it is about being in the team every week.”

Dixon insists that Guendouzi is not solely to blame and that a lack of leadership from the rest of the squad means he is not learning as quickly as a player would have done in his day.

“It is not the first time we have seen a bit of petulance from him,” added the four-time league winner, speaking in his role as a pundit for Amazon Prime Video.

“He is a talented boy but, unfortunately for him, he has got his chance in a team that has not really got a lot of leaders on the pitch.

“If you picked Guendouzi out of the team now and stuck him next to Patrick Vieira, he would be a totally different player because he would be led around the pitch and told where to go.”

It remains to be seen if Guendouzi, signed in the summer of 2018 from Lorient, returns to action in Sunday’s FA Cup quarter-final at Sheffield United but Dixon feels the France Under-21 international still has plenty to learn.

“He almost needs to be coached both tactically and behavioural-wise from within the team group and I don’t know if that is going to happen,” he added.

“That is the problem he has got, he needs someone to grab hold of him and give him a little socially-distanced hug – sit down with him and talk to him, analyse his game with him.

“When I say his game, I mean with the ball and without the ball but also things like where is the red mist coming from? What are you angry at? And then how you channel that.

“We have all lost it on the football pitch, all done things we shouldn’t – I talked about Patrick and he got more red cards than anyone, but they were controlled red cards, if that make sense.

“But if he got sent off, we would still have a word with him. I’d say: ‘Patrick, I needed you, you let me down. I had Ryan Giggs over there and you go and get sent off.’

“There would be words had to certain players about behaviour – what is acceptable and what isn’t and at the moment it is all a bit loose at Arsenal in that respect.”

:: You can watch Crystal Palace v Burnley at 8pm Monday 29 June for free on Amazon Prime Video, or fans can stream the game at no cost on Twitch.