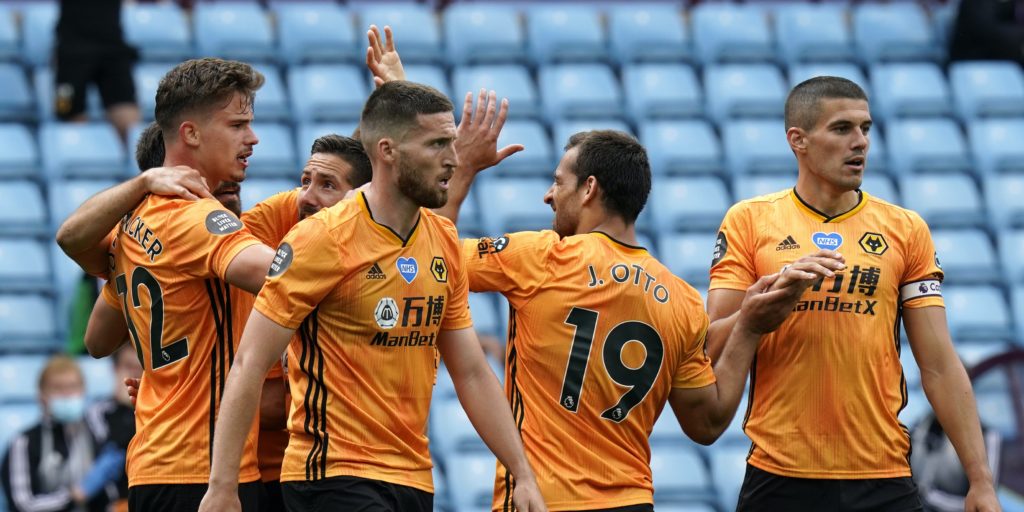 Wolves have a 100 per cent record after the Premier League’s restart.

Leander Dendoncker struck in the second half to seal a 1-0 win at Aston Villa and maintain Wolves’ 100 per cent record since the Premier League’s restart.

They rose to fifth, two points behind Chelsea and three behind Leicester having played a game more, after a routine victory on Saturday.

Nuno has refused to talk directly about their surprise chase for the Champions League and just wants his side to keep going.

He said: “There’s always room to improve. The most important thing is to sustain the levels of performance, sustain your standards and motivate game after game. The boys are like that, let’s kick on.

“We have a good week now to recover. It’s a tough cycle, this was a third game in a week and we know what is in front of us. We have to prepare ourselves for the next challenge.

“We know what is in front of us, we know how we do things. The how is more important, how we prepare ourselves for the next one. We have to reinvent ourselves for a tough challenge.”

Wolves have now kept seven clean sheets in their last eight top-flight games and were rarely troubled at Villa Park.

Diogo Jota should have opened the scoring in the first half but blazed over after Orjan Nyland’s miscued throw fell straight to him.

In a game of few chances Dendoncker won it after 62 minutes when he seized on Jonny’s knockback to drill in low from the edge of the area.

“I’m happy for Leander because he is a fantastic footballer, he’s hard worker and gives us so much. To have this moment is important for him and for us,” added Nuno.

“It’s about spirit. Preparing yourself to compete and then it’s up to us to make the decisions. Villa caused us a lot of tough problems and I’m very pleased with the performance of the team.”

Defeat kept Villa in the bottom three on goal difference and they have played a game more than their drop rivals.

They managed just one shot on target, a tame Jack Grealish effort from distance, and remain without a win since January ahead of next Sunday’s trip to new champions Liverpool.

It was Villa’s fourth game of the restart and boss Dean Smith felt the schedule should have been different.

He said: “We’re the only team to play four games in 11 days and three in the last six. We could do with a bit more help on that, why it’s not played on Sunday or Monday to give both teams a chance to recover I don’t know.

“It’s ridiculous to ask the players to play that amount of games in a short space of time.

“There’s lot of belief in the dressing room and we’ll be working hard.

“We’ll stay up by fighting, working hard, being as solid as we have been and when we are fresh hopefully showing a bit more quality in the final third.

“We go to the champions next but Wolves are up there with them and we’ve matched them.

“I felt it was an average game from two teams who are very fatigued.”