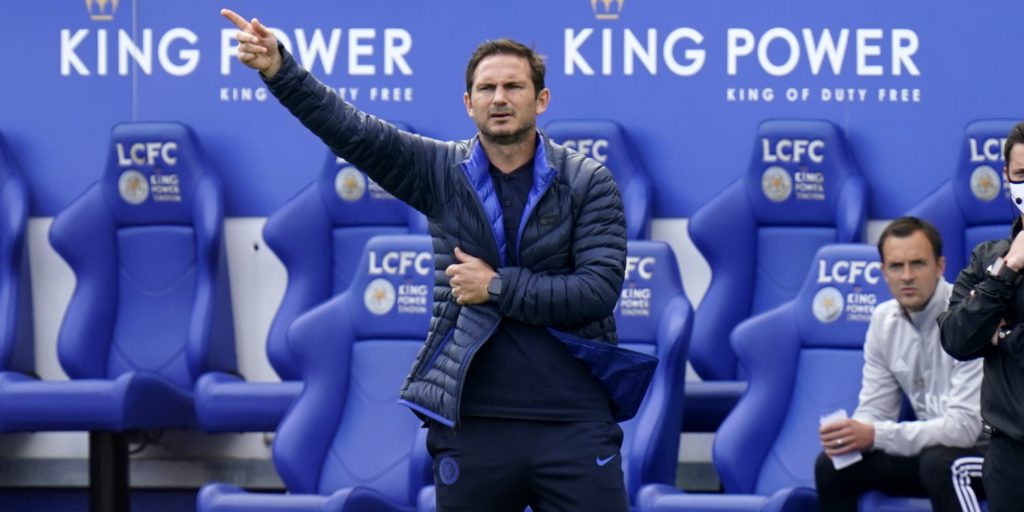 Boss Frank Lampard demanded more from Chelsea despite his side reaching the FA Cup semi-finals.

Ross Barkley’s third FA Cup goal of the season earned the Blues a 1-0 win at Leicester.

But Lampard was unhappy with their first-half display, making a triple substitution at the break with Barkley, Cesar Azpilicueta and Mateo Kovacic coming on.

It changed the flow of the game as the visitors took control to go through, but Lampard knows they must be better.

“I don’t think we’ve played that badly this season for 45 minutes,” he said. “We’ve played better and lost games.

“I could have made more or different subs. We needed to drag ourselves out of a lethargic performance and we did.

“We were fortunate to be 0-0 at half-time and we must learn from little mistakes from the game.

“I don’t want to sound too down because it’s important to show you’ve got the grit to get a 1-0 win when you don’t play well.

“It looks like I’m criticising but it’s positive because it’s not the norm for us.”

Leicester, without the injured James Maddison, struggled to get Jamie Vardy in the game.

Goalkeeper Willy Caballero saved from Wilfred Ndidi while Jonny Evans glanced wide as they edged the first half.

But Kasper Schmeichel needed to save well from Christian Pulisic after 30 minutes.

Tammy Abraham had a goal ruled out for offside before Barkley struck after 63 minutes, sweeping in Willian’s excellent cross.

“I played with Ross and he is a great lad. His attitude has been spot on in training since the minute we’ve been back,” said Lampard, who confirmed Pulisic came off with a calf problem.

“He was unfortunate not to start against Villa and since then he has made an impact in every game he has played.

“He is reaping the benefits. I’ve got a lot of time for Ross and he is a big player for us.”

Caglar Soyuncu saw a header deflect over, Leicester’s best chance, but the Foxes must wait another year for a chance to win a first FA Cup.

They have drawn their opening two Premier League games of the restart but despite being knocked out of the FA Cup, boss Brendan Rodgers remained upbeat.

“That was much more like us, in terms of tempo and speed and pressing. We know we can score goals but in these first three games we just haven’t been as clinical,” said Rodgers, who admitted Maddison will be a doubt for Wednesday’s trip to Everton with a hip problem.

“It’s disappointing to go out but there are positives. I feel for the players because I think they deserved more than that.

“The players have maintained that belief in themselves and we just couldn’t make the breakthrough.

“It was much more like us and we looked a real threat. That final pass or effort wasn’t falling for us.

“We need to show more conviction, but we have shown all season we can score. It’s a performance which will give us more confidence going forward.”