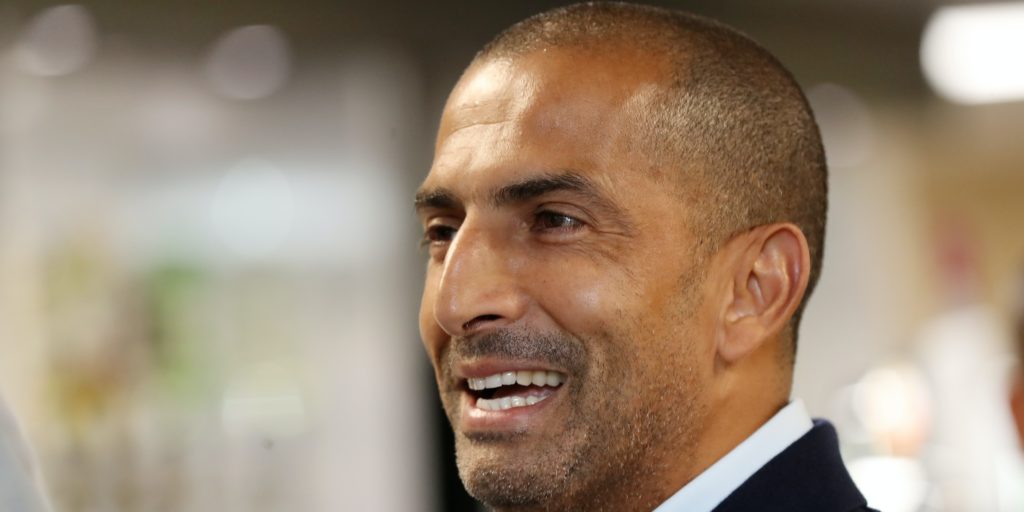 However, the boss believes it is Forest’s team ethic that has propelled them into the Sky Bet Championship play-off race.

Striker Grabban netted the first two goals immediately either side of half-time to put Forest in control, before Ryan Yates made it 3-0 late on. Karlan Grant’s penalty in the sixth minute of added time provided scant consolation for Danny Cowley’s side.

Grabban has now netted 19 goals this season and looks to be finding his form at a key time, with seven games left to play for fourth-placed Forest.

And Lamouchi said: “Lewis is so important for how we play and he will continue to be. Keep going, score again please, because we have a lot of games still to come.

“The performance from the team was not so good; we were not like we can be. Brice Samba made two great saves and the performances of Joe Lolley, Ben Watson and Sammy Ameobi were also crucial.

Lamouchi has signed a new two-year contract with the option of another year since Forest returned to action.

He added: “One year ago was my first day here in Nottingham and the season is still not finished…today was crucial for us, to get the win to keep us in the race.

“To play today, for the first time, at the City Ground without our fans was strange for me, so imagine what it was like for our players.

“They need the atmosphere, they need the fans and it is not easy. But here we are, with three points.”

Huddersfield boss Cowley says his side will fight for their survival, after suffering three successive defeats for the first time in his managerial career.

Cowley, who saw his side finish the game with 10 men after Juninho Bacuna was sent off for a bad challenge on Nuno da Costa, said: “We hadn’t been in the relegation zone since the end of October and this is not a good time to lose three games in a row – not that there ever is.

“But I trust these players as footballers and I trust them as human beings. While we are down at the moment and disappointed, we are not out; we are not dead.

“We will get up and go again. We will fight really hard at Birmingham and (at home to) Preston.

“You can’t give Lewis Grabban those kind of chances, because he will score them if you do – and we were 2-0 down. I thought the players responded. I thought we went again and had some good moments.

“But Forest are a very good team on the counter-attack and they are a tough team to play against in that situation.

“We need to be better in both boxes. A lot if our play is good, but we did not have much physicality defensively and we were not ruthless in the attacking box.”