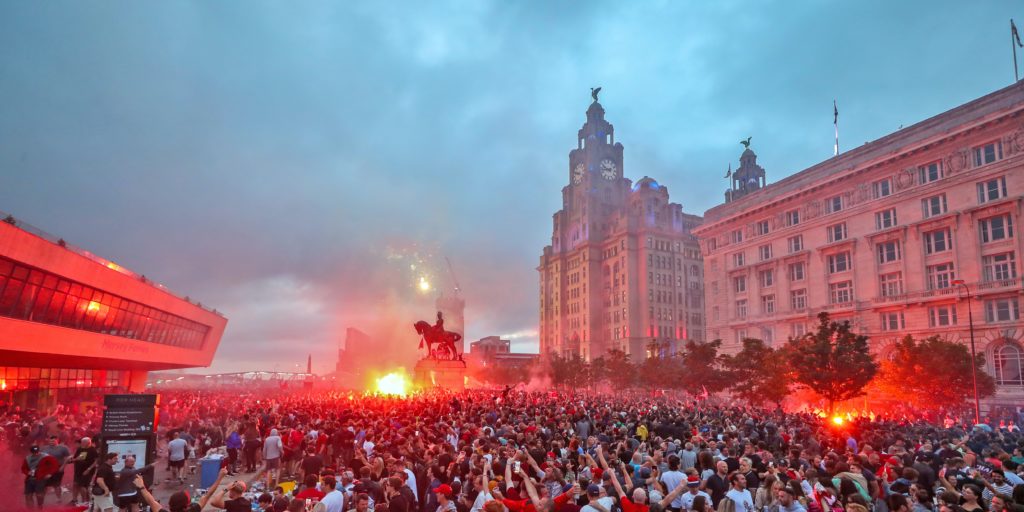 Supporters gathered in large numbers in the city centre the day after the club’s Premier League triumph.

The Premier League says it cannot be blamed for the gatherings which followed Liverpool’s title success, with its chief executive insisting: “Individuals have to take responsibility for their own actions.”

Top-flight chief Richard Masters faced questions from MPs at a Digital, Culture, Media and Sport committee evidence session on whether, as competition organisers, the league bore any responsibility for the ugly scenes in Liverpool city centre last Friday, the day after the Reds’ first league title in 30 years was confirmed by Manchester City’s defeat at Chelsea.

Rules on social distancing were ignored in mass gatherings at the city waterfront, with fireworks aimed at the Liver Building causing damage costing GBP 10,000.

Masters said: “What happened that night is regrettable, it was wrong.

“In the end we are not in control of individuals’ actions and it is possible to celebrate with social distancing.

“It obviously got out of hand, in the same way we have seen gatherings on beaches, street parties and all these sorts of things going on within wider society so I see it pretty much as an extension of that where individuals have to take responsibility for their own actions.”

The Government requirement for social distancing is one of the key barriers to supporters returning to sports grounds, but Masters is keen to explore “technical solutions” to safely speed up the process.

Asked whether digital passports, which might prove an individual had recently tested negative for coronavirus in order to gain access to a stadium, was the sort of thing being considered, Masters said: “In a nutshell, yes.

“That technology doesn’t seem to be available yet, it’s that sort of thing.

“What we would like is the Government to be flexible in their approach about how we can return to full capacities.

“Obviously social distancing forms part of Government policy at the moment and the Government tends to be interested in what works effectively, which is why I go back to my earlier statement which is that the Premier League is happy to act as a test pilot to prove what can work effectively and keep fans safe and perhaps speed up the process in a safe and appropriate way.”