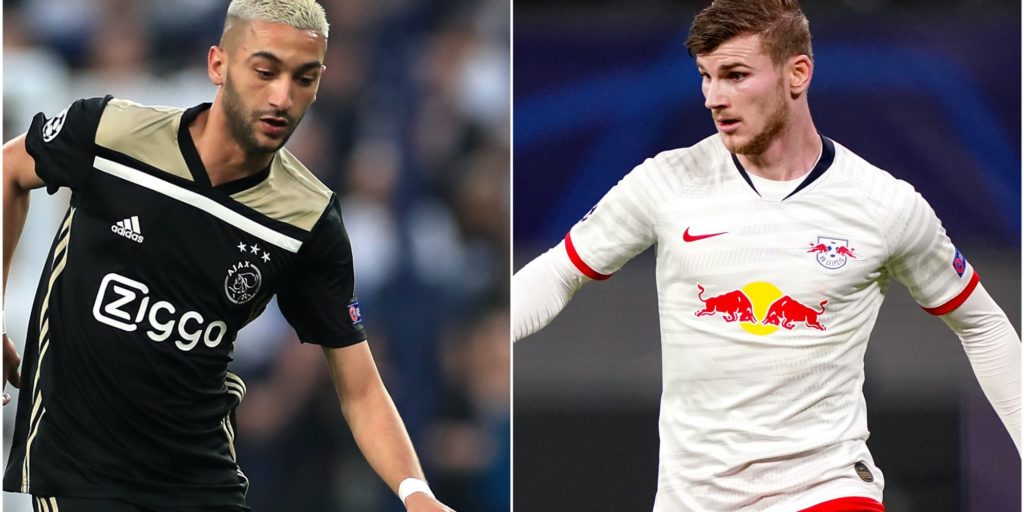 Frank Lampard is already plotting how to help new recruits Timo Werner and Hakim Ziyech hit the ground running at Chelsea next term.

Germany striker Werner has set a new club record of 94 goals before signing off at RB Leipzig, while Morocco winger Ziyech endured a frustrating end to his Ajax tenure with the Eredivisie shutdown due to the coronavirus pandemic.

Both high-profile new signings officially become Chelsea players on Wednesday, and Blues manager Lampard has admitted he could quickly integrate them into his existing squad in training.

“I am in the process of arranging that plan now,” said Lampard. “They are also in different positions in the fact that Hakim hasn’t played for a long time because of the Dutch league situation and Timo finished at the weekend.

“We will formulate a plan for them that will look slightly different individually.

Chelsea pulled off a serious coup in recruiting pacy goalscorer Werner in a GBP 53million deal, while the addition of Ziyech from Ajax should further boost the Blues’ creativity and goalscoring threat.

The continued backing from owner Roman Abramovich has allowed Chelsea to steal a march in the transfer market while other Premier League rivals have had to review financial plans in light of the coronavirus impact.

Should Lampard manage to ease both his new recruits into the Blues set-up by the time next term kicks off, Chelsea could sneak another advantage.

Asked if the duo’s imminent arrival could help them integrate more quickly into west London life, Lampard replied: “Yes, that will be up to how we arrange the plan.

“The first issue is how we finish the season, that’s absolutely what we are focused on and my main focus.

“In terms of these two players, individually, we need to make sure they arrive with good fitness and freshness levels for next season.

“It will be a longer break than the players we already have in our squad so I will take that into account.

“When I feel it is the right time to bring them in and around the squad during this season, I can do that. If not, the absolute priority is making sure they are ready for the next.”