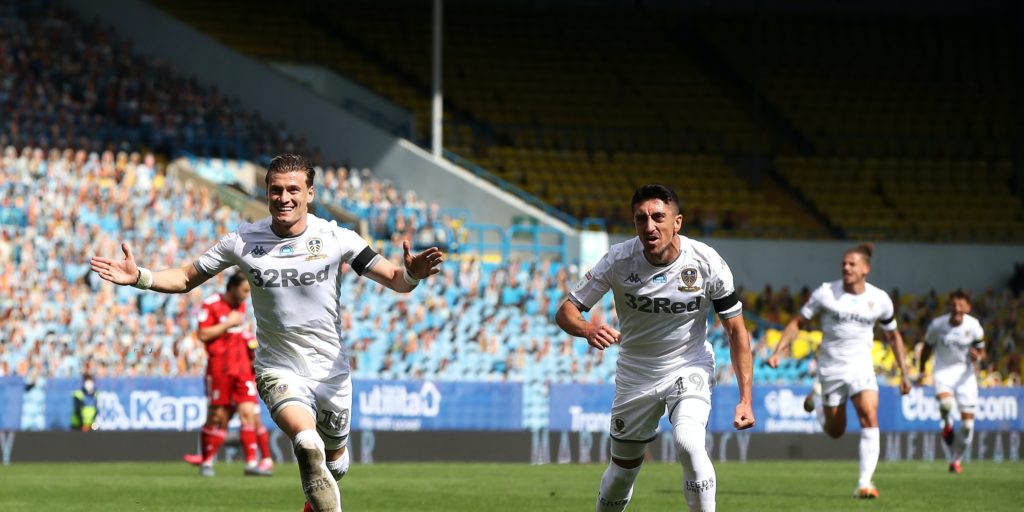 There is plenty to settle at both ends of the table.

There is midweek action in the Championship for the first time since the coronavirus shutdown.

Plenty is still to be decided at both ends of the table, with the race on to secure automatic promotion, a play-off spot and avoid relegation.

Here, the PA news agency looks at the major talking points from the week ahead.

Leeds to continue marching on together?

United settled any nerves built up after the defeat to Cardiff by responding in style with an impressive 3-0 win over fellow promotion challengers Fulham on Saturday. The victory moved Leeds top of the Championship, three points above West Brom and eight clear of third-placed Brentford. They welcome Luton to Elland Road on Tuesday night and, with West Brom, Brentford and Fulham all on the road, could extend their lead further. With home games against teams down the bottom – Stoke, Barnsley and Charlton – still to come, Leeds look well placed to seal their long-awaited return to the Premier League this year.

West Brom need to buck up their ideas fast

The Baggies have lost their spark at the top end of the pitch, failing to score for the fourth consecutive game as they suffered a costly 1-0 defeat at Brentford on Friday night. Slaven Bilic’s side’s fourth match without a win means they have tasted victory in only five of their last 17 Championship fixtures, giving the Bees a sniff of a top-two spot. West Brom need to rediscover their magic touch soon as they travel to Hillsborough to take on a Sheffield Wednesday side scrapping for results with a potential points deduction on the horizon.

Cardiff and Derby coming on strong

Talk about hitting form at the right time. Cardiff and Derby are doing just that, taking advantage of a poor run of results from the likes of Preston and Bristol City, who have both lost five of their last seven outings. The Bluebirds have returned from the shutdown in rampant form, following up their win over Leeds with victory at play-off rivals North End to move into sixth, while Derby’s triumphs over Millwall and Reading extended their winning sequence to four. Since December 30, County have won nine, drawn three and lost three to surge to within three points of the top six. While Cardiff host relegation-threatened Charlton, Derby can strike another blow to Preston’s play-off hopes at Deepdale.

Out of the bottom eight only Stoke and Huddersfield failed to pick up points at the weekend, with Charlton, Wigan, Luton and Middlesbrough all securing vital wins. There are two huge games in midweek, with Wigan hosting Stoke and Hull taking on Boro, that could have major consequences for the losers. Luton, Charlton and Huddersfield, who have dropped into the bottom three, face tough away trips, while Barnsley will fancy their chances at home to Blackburn.

Neil Warnock came out of retirement to make a surprise return to management last week, replacing Jonathan Woodgate at struggling Middlesbrough. And the veteran boss had an instant impact, making ruthless decisions on key players’ futures before overseeing the 2-0 win at Stoke.

Warnock may be regarded as an English Football League promotion king but he also knows how to pull off a great escape, like he did when in charge of Rotherham in 2016 Will Warnock make the difference, check out Betenemy.com for extra information, see who are the current favourites and which of the other teams will be able to get that extra out of their charges to provide the extra to get them over the line come the end of the season

Meanwhile Boro can take a giant step towards safety with a win at the KCOM Stadium on Thursday night.