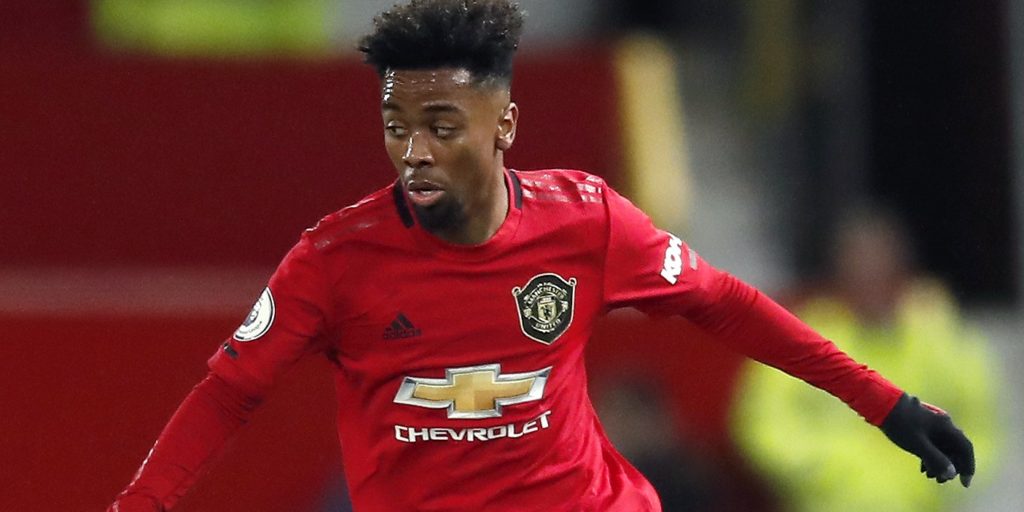 Frank Lampard insists Chelsea have not made any bid for free agent Angel Gomes.

Chelsea have been linked with a swoop for the England Under-20s star, but Blues boss Lampard rejected any interest out of hand.

Asked if Chelsea have made a bid for Gomes, Lampard said: “Yes, I can elaborate to the point that it’s never been mentioned at my end; so that’s it.”

And when asked if there is any interest, Lampard added: “No.”

Chelsea will head to West Ham for Wednesday’s Premier League clash looking for a sixth straight win in all competitions, and a fourth since the sport’s resumption.

The Blues continue to be linked with a summer move for West Ham’s England and ex-Chelsea academy star Declan Rice.

But Stamford Bridge manager Lampard has opted to keep tight-lipped on any Chelsea interest for the 21-year-old Rice too.

“Declan Rice is a good player, you’re right, and I’ve known Declan Rice for a long time, as he was in the Chelsea academy, but there’s no talk,” said Lampard.

“I keep saying, about every player we’ll be asked about. Until these games and this season is finished, there’s nothing to say.”

Christian Pulisic and Andreas Christensen face a race against time to be fit for Wednesday’s London Stadium trip, but Lampard is refusing to give up hope on either man.

Lampard has deployed France World Cup-winner N’Golo Kante as the screen at his midfield base since the restart, while the versatile midfielder has previously feature in a more advanced position under the ex-England and Blues star.

Lampard vowed that Kante will retain “huge” importance for some time to come, suggesting extra fluidity across midfield can allow the Frenchman to prosper.

“I think it is a different position in terms of what I am asking from Kante from how Makelele played it,” said Lampard.

“And I think with N’Golo I have a way I want him to work our midfield, where we have some fluidity to us, which allows N’Golo to bring his best attributes to the game.

“They are not always to sit in front of the back four. Sometimes he has so much capacity to do high intensity running into lead areas and you want him to do that which sometimes leaves him higher up the pitch which means the rest of the midfield have to react.

“I think he has done well but the midfield have to improve as a unit with everybody together, the more we work on it.

“For N’Golo, since he has been here has shown his attributes and qualities mean that he can play in pretty much any role in midfield that you want him to.

“He is an incredible player, I keep saying it and I mean it: he is huge for this club. He has been huge and he will be for a long time and I am happy with him.

“It is not just about N’Golo, but I have got other midfield players and a lot of competition in midfield, but at the moment N’Golo is doing a really good job there.”