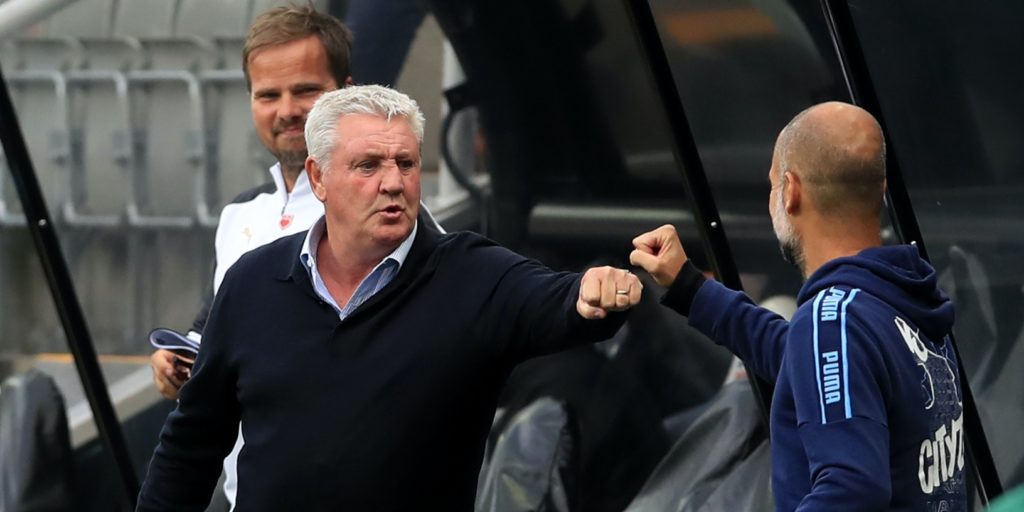 The Magpies were beaten by Manchester City in the FA Cup on Sunday.

Steve Bruce has warned Newcastle to beware battling Bournemouth as they attempt to bounce back from their FA Cup disappointment by effectively securing their Premier League status.

The Magpies slipped tamely out of the cup at the quarter-final stage on Sunday when they were beaten 2-0 by holders Manchester City at St James’ Park, and now have just their remaining seven league fixtures to fulfil to bring the season to a close.

They will do so having collected 39 points to date to leave themselves within touching distance of the accepted finishing line of 40, but knowing Eddie Howe’s relegation-threatened side cannot allow them to add to their tally on the south coast if they are to alleviate their own relegation fears.

Head coach Bruce said: “This year they’ve been blighted with big injuries and when that happens to you, you think everything is against you because you miss four of five of your big players for a long, long period and it becomes difficult, and certainly they’ve had a difficult period.

“But make no mistake, they’ll be fighting for their lives, so we know what to expect.”

Striker Dwight Gayle will hope for another chance after failing to follow up his league goal against Aston Villa last week with another against City when presented with a gilt-edged chance, and Bruce is confident he will be able to put a glaring miss behind him.

He said: “Knowing Dwight the way I do, he’ll come out and he’ll train this morning and look to put it right tomorrow. That’s the type of character he is.”

Newcastle continue to play out the season against the backdrop of an ongoing takeover saga which fans hope will see the club handed Saudi-backed millions to spend on new players, and Bruce appears to have already identified one potential target in the shape of City’s star midfielder Kevin de Bruyne.

Having joked that the Belgian might like to join the north-east club after Sunday’s game, he added with a smile: “I believe he’s looking for houses up on the coastline, he enjoys being by the sea. He hasn’t got that in Manchester, so we’ll see if we can find him something by the sea.

“It was tongue-in-cheek and I think people have taken it the right way. How wonderful would it be to have a player like that at Newcastle? What a fantastic footballer he is.”