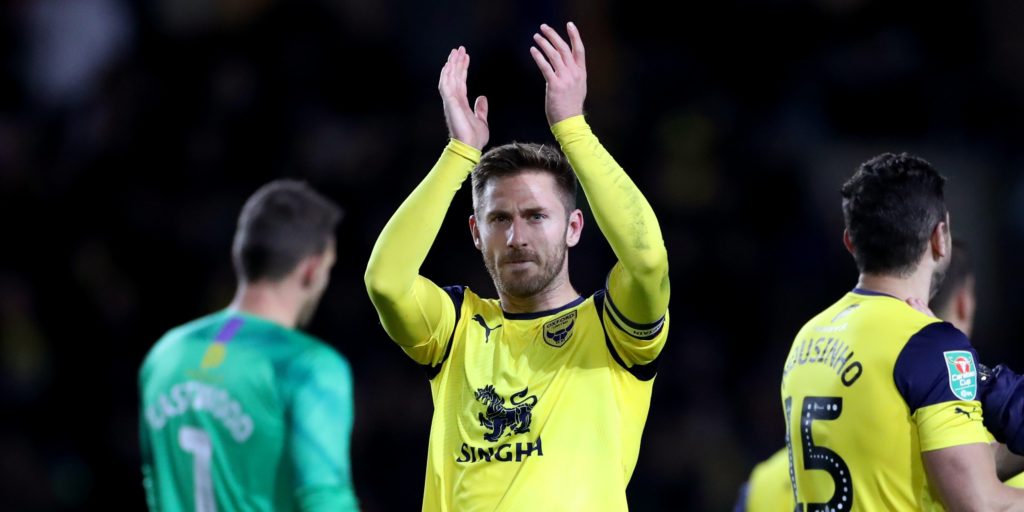 James Henry and Simon Eastwood could be key to Oxford’s hopes.

Here, the PA news agency picks out five players who could be key to their side’s success.

Cult hero Akinfenwa has been involved in two play-off finals but has yet to start, coming on as a substitute for Northampton in their 3-0 defeat to Bradford in 2013 and scoring a penalty in his last act as an AFC Wimbledon player in the dying moments of their 2-0 win over Plymouth in 2016. Akinfenwa used his post-match interview in that game to tout himself for a move, saying: “I think I’m technically unemployed, so any managers hit me up on Whatsapp and get me a job!” Wycombe swooped that summer, and ‘The Beast’ has gone on to score 54 goals in all competitions for the Chairboys, including 10 this season.

Henry had been in scintillating form for the U’s pre-lockdown, scoring three goals in five League One matches. The former Millwall and Wolves winger, 31, has scored 14 times for Oxford in all competitions this term – five of those penalties – and is at the Kassam Stadium for the long term after signing a new two-year deal in October. Henry’s only experience of the play-offs came in 2009 when he featured in Millwall’s semi-final double-header against Leeds.

Christian Burgess may be readying himself for a new life in Belgium, but the central defender hopes to help Portsmouth to the Sky Bet Championship before he goes. The 28-year-old has been a stand-out performer for Pompey this season, keeping 15 clean sheets and scoring three goals. He extended his expiring deal to cover the play-offs but will then depart for Belgian second division side Royale Union Saint-Gilloise – owned by Brighton chairman Tony Bloom – after agreeing a three-year contract. Burgess has already tasted victory at Wembley with Portsmouth when they lifted the EFL Trophy following a penalty shootout win over Sunderland last season.

When it comes to Football League play-offs, Paddy Madden has been there, done it, and for all we know still wears the commemorative t-shirt. The Irishman, now 30, scored the opening goal at Wembley to help Yeovil seal a place in the Championship for the first time in their history in 2013 and also started for Scunthorpe as they lost 3-2 to Millwall four years later. This season, Madden has 19 goals to his name – including 10 from his first 13 League One matches – and few would back against him breaking the 20-goal barrier.

Eastwood has been a safe pair of hands for the U’s since rejoining the club in the summer of 2016 and is closing in on 200 appearances in all competitions. He has kept 17 clean sheets this term to help Oxford to a fourth-place finish in the adjusted League One table. Eastwood will come up against his former club in the semi-finals, having spent just under a year at Fratton Park between 2012 and 2013 before leaving for Blackburn.