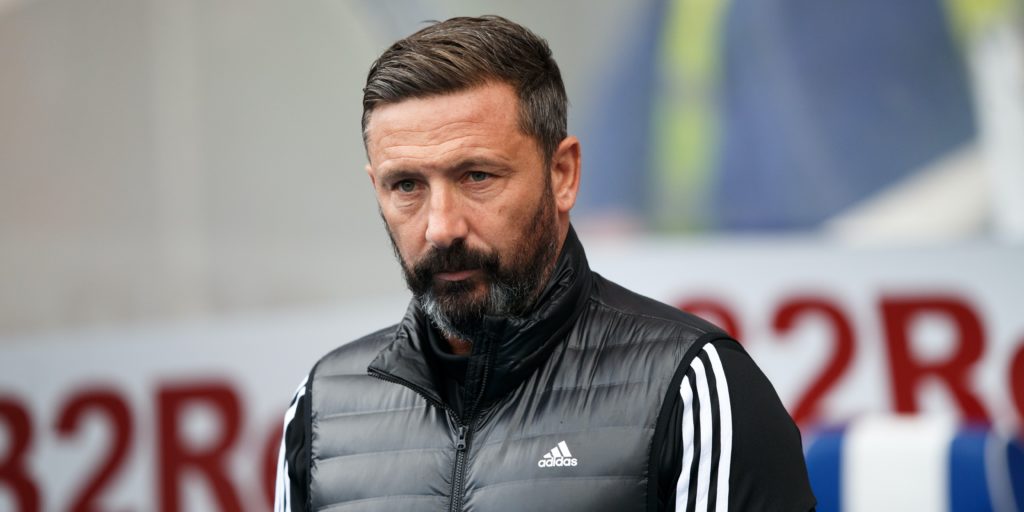 Contact training resumed for the Dons and other top-flight teams on Monday with the 2020-21 campaign due to kick off on August 1.

Aberdeen have made provisional plans to play friendlies against Scottish Premiership rivals after taking another step towards normality.

Contact training resumed for the Dons and other top-flight teams on Monday and McInnes believes match action is the next step.

With only Premiership clubs allowed to train, friendly options are limited.

“We have been working with the restrictions the last couple of weeks but it’s something we have been eager for,” he told RedTV.

“It’s important with a month to go we get back to that contact. Training was a wee bit more what you would expect throughout the season.

“With that contact we have still got to try to be careful but one or two tasty challenges were going in. But that’s what you want from your training.

“We have factored in some friendly games behind closed doors and a couple at the training ground. The next month will be more what it would be like going into any campaign. Week by week we start to see a bit more scope to function properly.”

The fixtures for the Premiership campaign, which is due to kick off in August 1, are expected to be published either just before or after this weekend.

McInnes added: “We’ve put in four (friendlies) just now, we still have one weekend that we may or may not use.

“We need at least four or five to be ready for the start of the season. Once we get the fixtures, if we play some of the teams in the first couple of games in the season then we may look at changing one or two of those friendlies.

“We have one or two options as a back-up but I do think it’s important we have some competitiveness.

“That’s going to be so important once the season starts, playing for points even though there’s no supporters there, has got to be ingrained in the players.

“If we have any chance of being ready, we have to play against other teams.”

Meanwhile, former Dons loan player Tommie Hoban is doing rehab with the club but McInnes is not in a position to sign him.

“Tommie’s up, it’s really just to fulfil our commitment to get the boy fit,” he said.

“We are well aware that under the current restrictions we are not able to sign players. He got injured playing in an Aberdeen shirt and we feel responsible.”