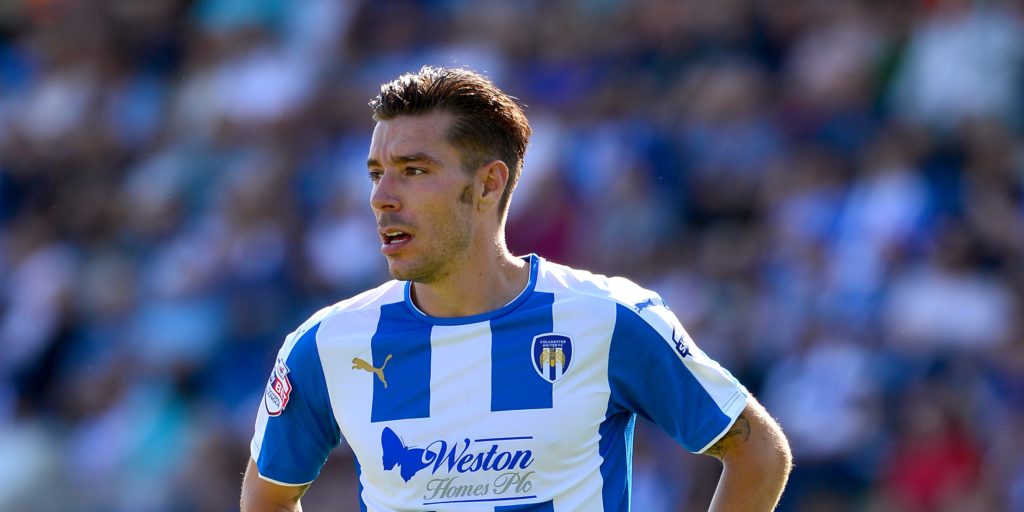 Former Crystal Palace midfielder Darren Ambrose has told out-of-contract players to not wait around in search for a new club.

The 36-year-old was in a similar boat to that which thousands of players in England currently find themselves in back in 2016 when he left Colchester.

After spells in the Premier League with Charlton and Newcastle, the former England Under-21 international called time on his career after failing to find a new club.

Even though Ambrose was only 32 at the time, he was at ease with the idea of retirement having put plans in place for life after football.

“I didn’t officially hang them up to start with,” he told the PA news agency.

“What happened was my wife was pregnant with our fourth child and I had missed out on a lot of the childhood of the other three and thought I’d leave Colchester and have a few months off where I could spend time with the baby and times have changed now.

“Once you are out of the game, it was difficult to get back into a club which I was keen on joining.”

Not long after he unofficially retired, Ambrose purchased a barber shop in Ipswich and that project gave him something to focus on away from the game.

“It absolutely does (help to have a plan),” he added. “I always wanted to run and own my own business when I retired and I think the day after I left Colchester I signed my first barber shop with my best mate.

“We went 50/50 and when I looked at it, I thought I will run a barber shop, everyone needs their haircut, it will be easy, but it is far from it.

“It has kept me busy. My business partner is great and helps with the logistics side of it and keeps the mind active because the way football is, when it ends, your mind plays tricks on you, but I have a great family behind me and friends.”

Alongside his barber shops in Ipswich, Ambrose also helps on matchdays at Palace and would have been part of another Play With A Legend event at Selhurst Park this summer had the coronavirus pandemic not hit the UK.

He was due to face off with Clinton Morrison and Matt Jansen on May 31 alongside Eagles’ fans, but the day was postponed until next year.

“To start with it was easy and I didn’t miss football that much,” Ambrose explained.

“I missed the camaraderie, the banter and the dressing room, but I didn’t miss anything else and spending time with the family was great.

“Now I work at Crystal Palace and that is when it is difficult, when I walk along the pitch and the crowd is roaring and the games kick off against Liverpool and (Manchester) City, that is when I think I wish I was still going.”

This summer marks 10 years since Palace chairman Steve Parish led a consortium which saved the club from liquidation.

A couple of months earlier Ambrose had ensured the Eagles did not suffer relegation to League One after they secured a final-day draw at Sheffield Wednesday.

He top scored for the club with 20 in a term where they were deducted 10-points for entering administration.

“It is magnificent to see where Crystal Palace are and who knows where the club would be had we not stayed in the division 10 years ago,” Ambrose said.

“Looking back at that team I was in, it was fantastic and one of the best I played in, in terms of characters. We put Palace where they are now and everyone played their part in my opinion.

“This is probably beyond’s Steve’s wildest dreams when he looks back over the 10 years.

“He came in to steady the ship, bought the club when it was in a bit of turmoil and the turnaround has been nothing short of a miracle.”

Play With A Legend will return next year. For more information visit playwithalegend.com