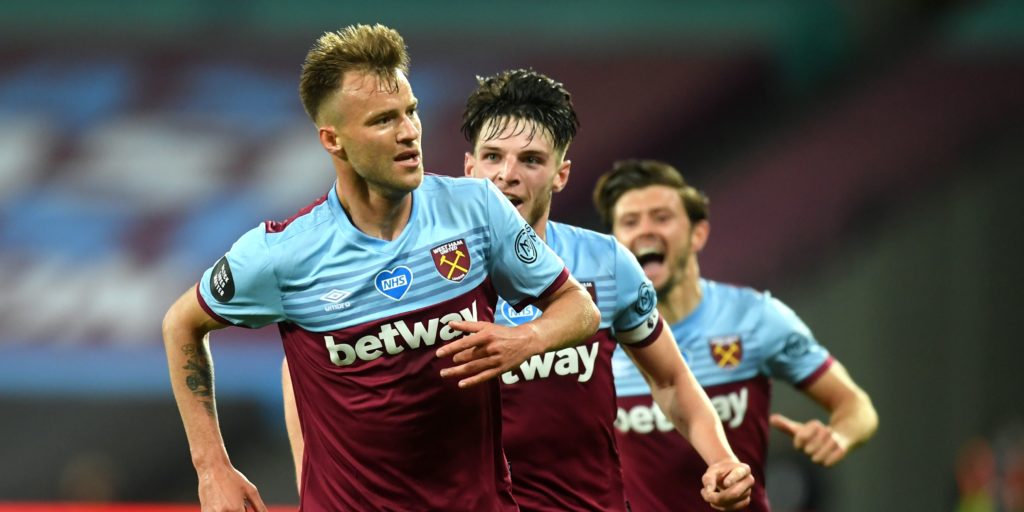 The Hammers are now three points clear of the relegation zone after their first victory since the Premier League restart.

David Moyes has warned West Ham the job is far from complete after they gave their survival bid a major lift with a 3-2 win against Chelsea.

The Hammers are now three points clear of the drop zone after their first victory since the restart thanks to Andriy Yarmolenko’s dramatic last-gasp winner at the London Stadium.

West Ham head to in-form Newcastle on Sunday, but after that have a favourable looking run-in including matches against fellow relegation battlers Norwich, Watford and Aston Villa.

Hammers boss Moyes said: “Well, one win is not enough. It’s only one win, we have to win more if we are to remain a Premier League club, but picking up wins was going to be hard.

“You all understood the difficulty of our first three games against Wolves, Spurs and Chelsea.

“Then you saw how Chelsea played against Manchester City in midweek and they were outstanding – but this was an outstanding performance and result by our players.”

West Ham had to overcome a harsh video assistant referee decision, which ruled out a Tomas Soucek goal for a marginal offside, and a penalty converted by Willian.

They equalised through a Soucek header and went ahead through Michail Antonio before Willian curled in a free-kick.

But with a minute to go substitute Yarmolenko, a forgotten man this season through injury, cut inside Antonio Rudiger and smashed the winner home.

“When I arrived Yarmolenko wasn’t fit and didn’t train, so I have only seen him in training after lockdown, but he’s trained every day and did a lot of good things,” added Moyes.

“Meanwhile, we signed Jarrod Bowen who plays in his position and has had a very good start to his time here. I’ve had a chance to see Yarma now, he gives me good competition.

“Jarrod made one and Yarma scored one, so I am pleased for both of them.”

Manager Frank Lampard said: “We have six games ahead of us now and this wasn’t a huge surprise.

“If you play in the Premier League and make mistakes, if you boss possession but don’t do quite enough with it at the top of the pitch, then it can happen.”