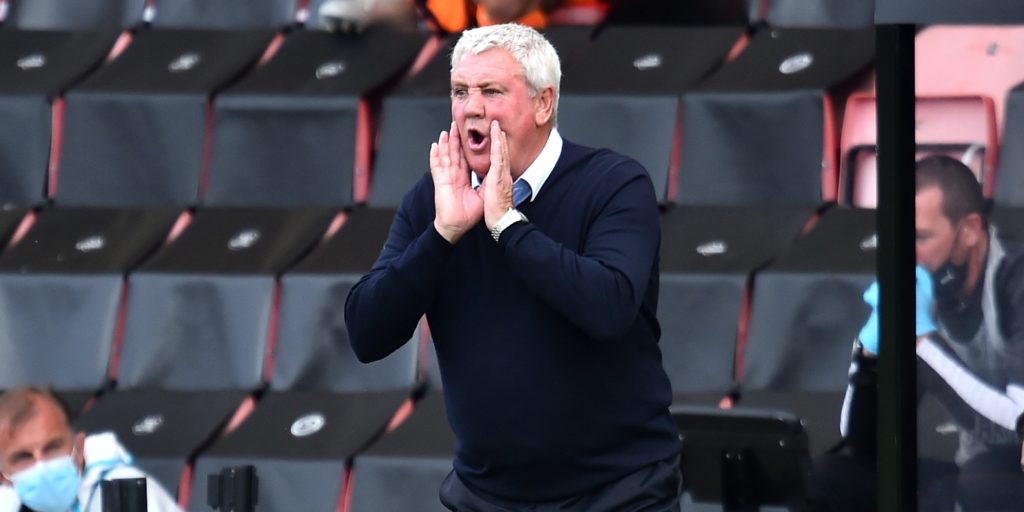 United are aiming for a top-half finish.

Newcastle boss Steve Bruce is relishing proving his detractors wrong and has been spurred on by the “disrespectful” response to his appointment.

Magpies fans were largely unimpressed when Bruce succeeded the popular Rafael Benitez last summer, while some members of the media predicted a season of struggle at St James’ Park.

With six games to go, the club are pushing for a top-10 finish in the Premier League after banishing any lingering relegation fears by thrashing struggling Bournemouth 4-1 on Wednesday evening.

Boyhood Newcastle fan Bruce admits the pessimism which greeted his arrival has provided extra determination to be successful.

“A lot of people wrote everybody off, including myself,” said 59-year-old Bruce.

“Even me at my age, you roll your sleeves up and say, ‘I’ll show them’.

“At the start of the season with some journalists, I couldn’t even take up a warm-up, it was a bit disrespectful at times.

“But it makes you work harder and stay a bit more grounded, and have that bit in you to say I’ll show these people that I have got the capability of managing and it just spurs me on a little bit.”

Goals from Dwight Gayle, Sean Longstaff, Miguel Almiron and Valentino Lazaro secured an emphatic success on the south coast to move Newcastle on to 42 points.

The mid-table Magpies need just one more win to equal their highest top-flight points haul of the Benitez era.

Asked about the prospect of a top-half finish, Bruce replied: “I would be delighted if we could, it would be some achievement.

“It’s a great club and a unique club and I’m delighted that I’ve got the opportunity to manage it.”

An embarrassing evening for relegation-threatened Bournemouth saw them fall to 19th place, below Aston Villa on goals scored, although they remain only a single point from safety.

Manager Eddie Howe believes his side have so far failed to adapt to playing behind closed doors but retains belief of pulling off a great escape.

“The problem we have is the games themselves are – not emotionless – but they’re feeling-less without the crowd and that’s damaging us greatly at the moment,” said Howe.

“I think the response from the crowd would have helped us and I don’t think there is any way that scoreline would have ended up the way it was.

“But in a feeling-less game when we know how much is at stake, it’s very difficult for the players to adjust to that.

“Certainly we haven’t adjusted well enough to that and I think that’s been our biggest failing so far.”

Bournemouth face Manchester United at Old Trafford on Saturday ahead of further tough fixtures against Tottenham, Leicester and Manchester City.

“I’m absolutely committed to turning this around, believe we can. I have no doubts about that,” added Howe.

“The next few games are very difficult on paper but maybe they are the type of the games that we need.

“If you look at our results this season, we’ve picked up points against the big teams, we’ve done well against them, so hopefully that can be a change for us.”