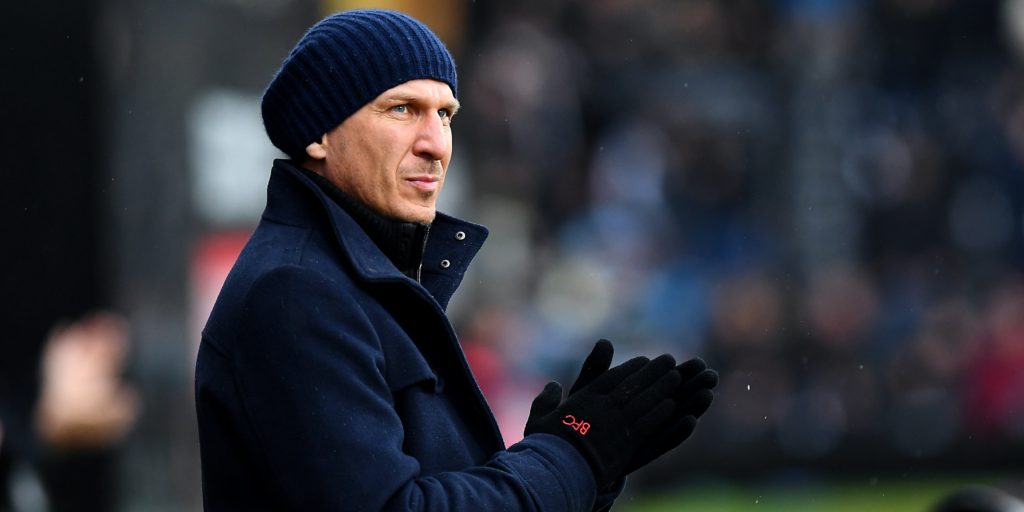 The strugglers have been in impressive form since the restart.

Barnsley boss Gerhard Struber admits the restart to the Championship season could not have gone better for his side after they beat Blackburn 2-0.

Goals from Conor Chaplin and Jacob Brown gave the Reds the points against Rovers at Oakwell and victory followed a win at QPR and draw with Millwall, all without conceding a goal.

Struber’s side were seven points adrift of safety when the season was halted because of the coronavirus pandemic, but they have cut that gap to one, although they have played a game more than some of their relegation rivals.

Still, their prospects are looking much better than before the restart and they will now fancy their chances of avoiding the drop into League One as they head into three crunch games against Stoke, Luton and Wigan.

“It is a very good situation, three games, three clean sheets and also points. It is a massive impact for my boys in our belief. We don’t always talk about our belief, in the end we can still stay in the league.

“We have a chance to stay in the league. It is what we need, today is the next step. I am happy at the moment.

“We stay in the relegation zone at the moment, we have to bring these performances in the next games and teams will find it difficult against us.”

Chaplin’s introduction early in the second half proved the decisive moment as he scored less than three minutes later, from fellow substitute Kilian Ludewig’s cross, before Brown made the game safe in the final 15 minutes.

Things might have been different for Blackburn had they taken one of several first-half chances, the best falling to Adam Armstrong just a couple of yards out that he somehow missed.

They also had striker Ben Brereton sent off seven minutes after coming on to further sour their evening.

It was the second defeat in four days for Rovers and boss Tony Mowbray knows their play-off chances are slipping away.

“We were one point off the play-offs, we have lost two games against teams we should be beating in my opinion, life looks pretty difficult and tough going forward as we play a team at the top of the division (Leeds),” Mowbray said.

“Let’s wait and see, you never know. We had a genuine chance of believing we could put ourselves in our frame, so these two results have been desperately disappointing.

“We lost the game because we didn’t take our chances in the first half, you have to score goals to win football matches.

“We dominate the game, should have scored goals, didn’t take the chances and came in at 0-0, which was not a true reflection. We should have been in front.

“We have to be ruthless we have to take chances. that’s how it was, ultimately we are very disappointed.”