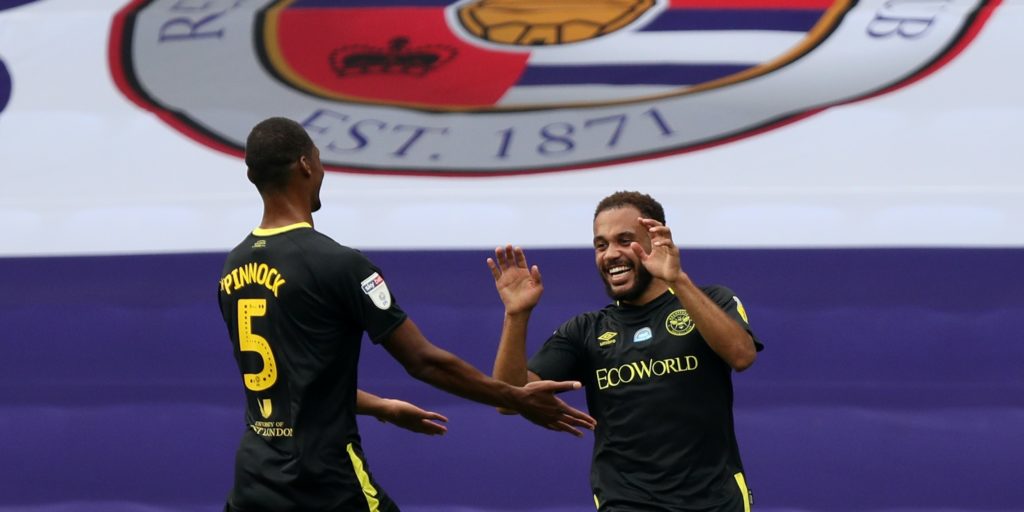 The Frenchman slotted in his 15th goal of the season in the first half.

The Frenchman, making his first start since self-isolating after testing positive for coronavirus, slotted in his 15th goal of the season in the first half.

“Bryan had to work in his flat,” Frank said. “And he did everything to stay as fit as he could.

“He had no symptoms so, in that way, it didn’t affect him. When you can’t train properly, that’s not the best.

“So we did what we could. As long as he was in a safe place, that was the most important thing.”

On the win, Frank said: “This was a very good performance going away from home.

“We maintained another high level, especially on the defensive side of our game.

“That is a most important side of the game to be focused on. You have to be disciplined and stick to your structure.

“It is my now responsibility to make sure that we maintain our focus.”

Brentford are now just two points behind second-placed WBA, who play at Sheffield Wednesday on Wednesday.

Frank said: “You can always talk about putting the pressure on them (West Brom) but the only thing that we can do is focus on our training and our games – and make sure that we win the next one.

“It’s then up the other teams to either win or fail – and then put more pressure on themselves.

“But we can’t look too far ahead.”

Winless Reading have picked up just one point from a possible nine since the lockdown restart.

“In every department, I thought that Brentford were much stronger than us.

“They looked more brighter than us, they had more intelligence on the ball and made more right decisions than us.

“Brentford took their confidence, after two fantastic results, into this game.

“We’ve got to look at how we may have to freshen things up in the team.

“We’ve got to get back to the training ground and work on it all. And get back to doing the things that we’re good at.

“I expected much more from my side. You expect them to put in a good performance.

“Did we lack fight and character? We’ve just got to address that.”