Jayden Bogle a doubt for Derby 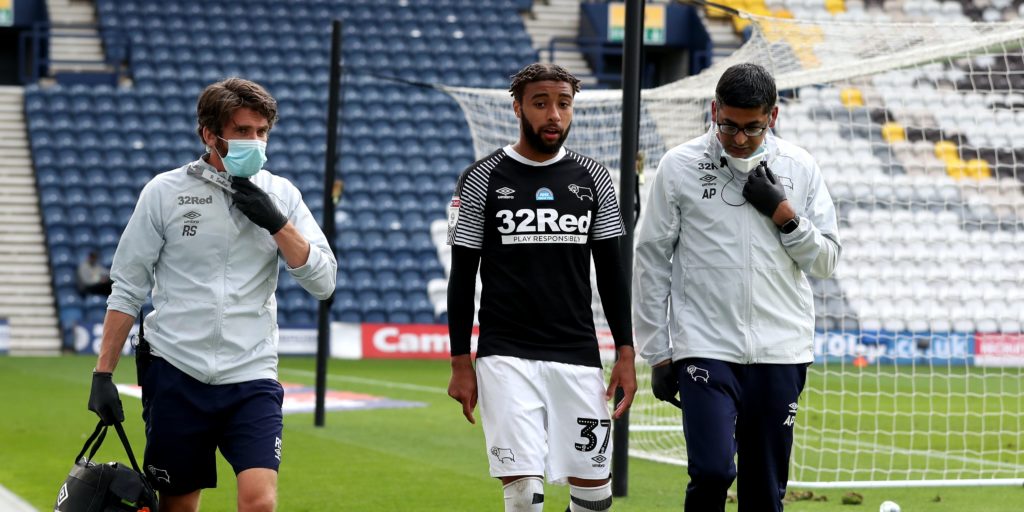 Fourth-placed Forest travel to Derby, who are just one point outside the play-off places.

Derby will monitor Jayden Bogle ahead of their derby clash with Nottingham Forest at Pride Park.

A knee injury forced the defender off after 65 minutes of the Rams’ win at Preston in midweek and he will be assessed. Should the 19-year-old miss out, Craig Forsyth could come back in at left-back with Max Lowe switching to the right.

Midfielder Tom Lawrence will serve the second game of a three-match suspension while striker Jack Marriott remains on the sidelines after an operation to repair a minor groin problem.

Andre Wisdom is still recovering after he was stabbed during an unprovoked assault and robbery last week.

Forest manager Sabri Lamouchi has played down any injury to Joe Lolley after the midfielder was replaced at half-time during the home victory against Bristol City.

Lolley hobbled from the pitch late in the first half on Wednesday night and did not reappear after the break. Lamouchi admitted the 27-year-old had “felt a small pain” but his substitution was a “tactical choice.”

Samba Sow’s recent return from the knee injury he suffered in February means the Reds boss has a full squad to choose from.