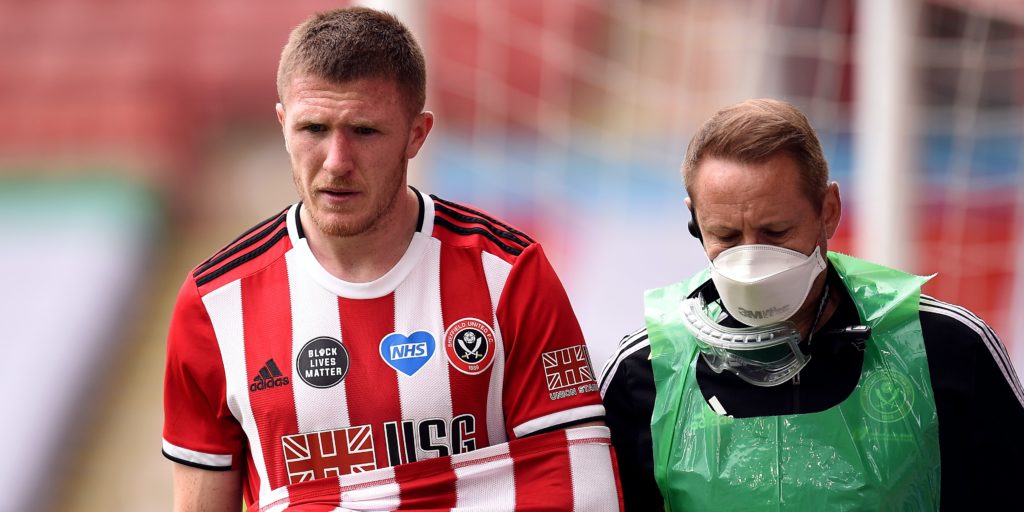 Sheffield United midfielder John Lundstram is a doubt for the Premier League clash with Tottenham at Bramall Lane.

Lundstram could miss out after an arm injury forced him off in the FA Cup defeat to Arsenal on Sunday. The 26-year-old is set to undergo a scan on Tuesday.

Blades boss Chris Wilder said at his pre-match press conference that Jack O’Connell was “back on the grass” following the impact injury in training that has ruled him out since the restart and the defender will be assessed.

Tottenham have no new injury concerns to contend with.

Defenders Juan Foyth (knee) and Japhet Tanganga (back) are the only two absentees for the game at Bramall Lane.

Mourinho has an embarrassment of attacking riches and could rotate his squad.