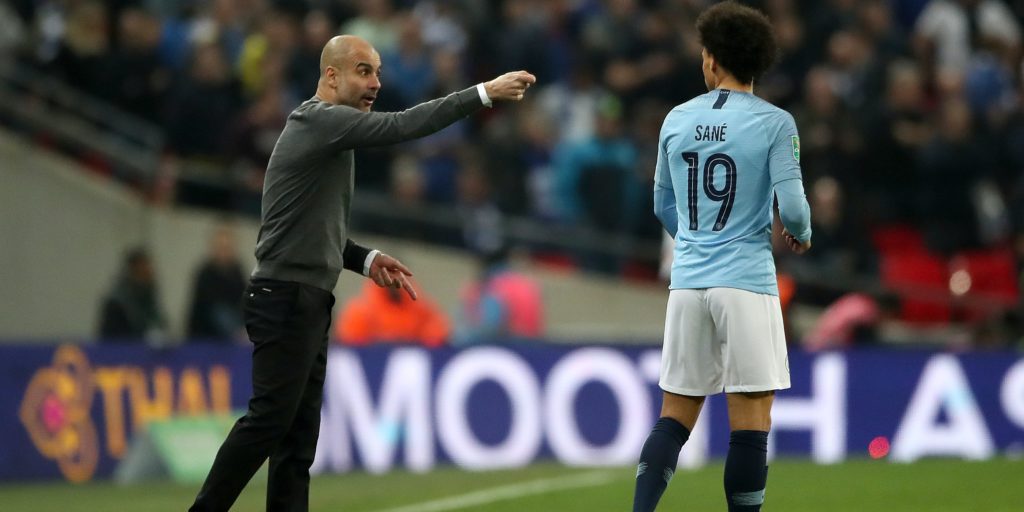 City are understood to have agreed a deal worth up to £54.8million to sell the 24-year-old.

Pep Guardiola admits he could not stand in Leroy Sane’s way as the winger nears a move to Bayern Munich from Manchester City.

City are understood to have agreed a deal worth up to GBP 54.8million to sell the 24-year-old, who has missed most of this season through injury, to the German champions.

Former Bayern manager Guardiola said: “It is not already done, there are still some little issues, but it looks like he is going to go to Munich.

“He wants to leave. Everyone has his own life. He decided to move on. I would love him to stay here but he decided to leave because believes he will be better and happier.

“I give him a big, big thanks for all the years together. I wish him all the best in his new chapter at a fantastic club like Bayern Munich.”

City will therefore be without Sane as they host newly-crowned champions Liverpool at the Etihad Stadium on Thursday.

Liverpool ended City’s two-year reign at the top last week and head to Manchester with a 23-point advantage.

After missing out this term, City may have a point to prove but Guardiola insists they do every game.

He said: “In sport you have to prove every time. We are incredibly satisfied with what we have done, what we are doing, but for athletes it is never enough.

“The past is the past. What we have done remains in our soul, our memories, but the show must go on.”

Guardiola is a big admirer of his Liverpool counterpart Jurgen Klopp, with the pair’s rivalry an amicable and respectful one – a far cry from some of the more bitter exchanges between leading managers of the past.

Guardiola, speaking at a virtual press conference, said: “I don’t know him that well – we had dinner together once – but I admire him and the way his teams, not just in Liverpool, but in Dortmund, play a type of football that is always a benefit for world football.

“It is a positive thing to try to score goals and this kind of manager helps a lot. Jurgen is a big, big example for this.”

Two years ago Guardiola was fined for displaying a political message when he wore a yellow ribbon in support of Catalan political prisoners.

Guardiola was asked if there was now confusion over what constituted a political message in the light of the game’s support for Black Lives Matter.

He said: “That is a question for the Premier League and for the people who banned me. All the humanitarian causes must be defended and my yellow ribbon was for this, for the political prisoners who are still in jail, for asking for people to vote.

“So I am not allowed to yellow ribbon but I, all the time, bring the yellow ribbon. Now it is like for Black Lives Matter, all the causes to make our make our society better. I think every human being has to try to be there.”

City are still waiting to hear if they will be able to play the second leg of their Champions League last-16 tie against Real Madrid in August at home. There have been suggestions it could be moved to a neutral venue in Portugal, where the competition from the quarter-finals onward will be held.

Guardiola said: “We are going to play where UEFA decide to play. Hopefully here, Manchester, but I don’t know.”