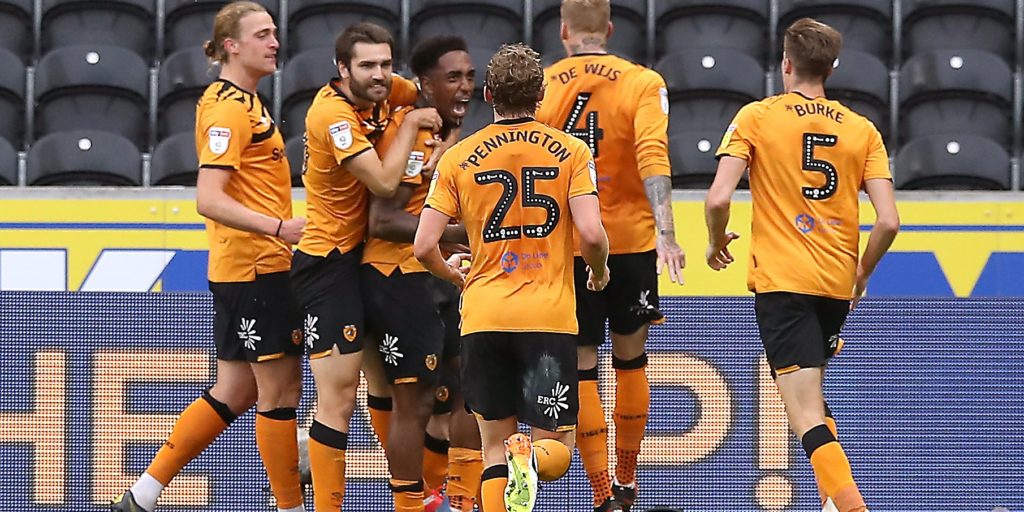 The Tigers leapfrogged Middlesbrough in the Sky Bet Championship table.

Outside hopes of the Jarrod Bowen-inspired Tigers reaching the play-offs have swiftly become an almighty fight against the drop, with Grant McCann’s embattled side enduring a 13-match winless streak.

That run was set to extend as Hull’s hopes of beating the drop faded on Thursday evening, only for Wilks to fire home in stoppage time and secure a 2-1 win that saw his side leapfrog Middlesbrough in the standings.

It was an extraordinary conclusion to a match that had begun in similarly striking circumstances, with Britt Assombalonga’s fourth-minute penalty cancelled out by a superb Herbie Kane free-kick four minutes later.

But the on-loan Liverpool man and Callum Elder would be forced off in a first half that Boro controlled, with Warnock’s men going on to dominate the second period.

Yet against the run of play, Hull eked out victory as Jordy de Wijs nodded into the path of Wilks to net on the day he made his loan move from Barnsley permanent.