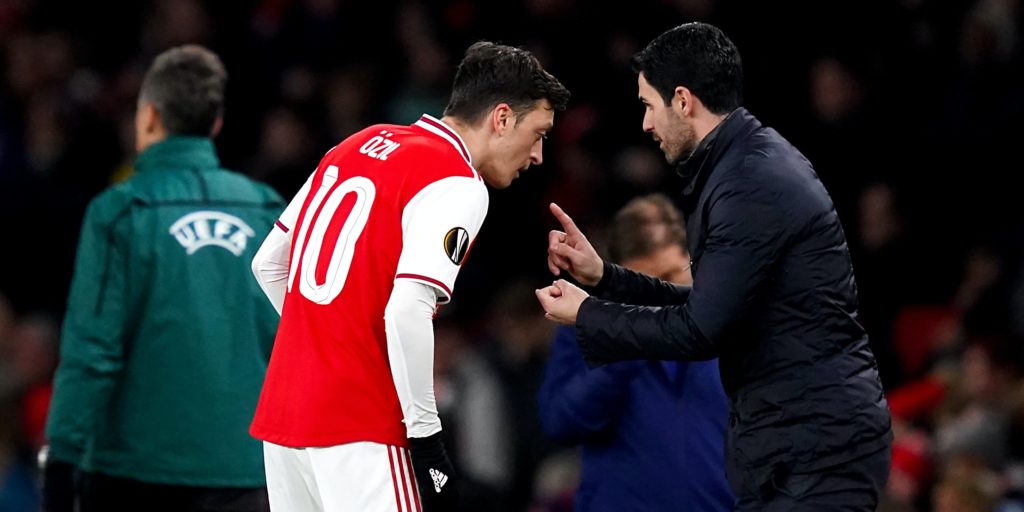 The former Germany international has yet to play a minute of football for the Gunners since the season resumed.

Ozil has become an increasingly divisive character in recent years, with many Arsenal fans believing he is unworthy of being the highest-paid player in the history of the club.

The former Germany international collects a reported weekly salary of GBP 350,000 – but has yet to play a minute of football for the Gunners since the season resumed.

Arteta stressed a “tactical decision” had kept Ozil out until the FA Cup win at Sheffield United, when it was reported the 31-year-old was injured.

He will be assessed ahead of tomorrow’s Premier League game against Norwich following back soreness, but Arteta has stressed he only ever picks his team on footballing merit.

Asked if Ozil’s wages had any impact when it comes to team selection, Arteta replied: “Never.

“That (Ozil’s contract) is an agreement that the player and club were happy to do, to move ahead and it is never something that I question.

“I think players are paid whatever they deserve because there are two parties here and that should never be something I have to judge.”

Arteta also admitted Ozil is unhappy at being sidelined – but said he would expect nothing less from a player wanting to play their part.

“I believe that he’s not very happy because he’s not playing,” he said.

“But as well he picked up an injury the other day and we have to wait and see how he evolves.

“I’m expecting a player that is not playing to feel hurt and disappointed.

“I want all my players at their best and to have the ability to be able to pick them to help the squad as much as possible and that’s the only intention I have.”

Arteta played alongside Ozil at the Emirates Stadium for three years before hanging up his boots.

The Spaniard therefore is in one of the best positions to judge Ozil’s ability and what he can offer to the current team.

“I know him really well because I played with him,” he added.

“Mesut has unique qualities. He is a very special player for the position he plays, how specific he is in the qualities that he has and what he can bring to the team. I don’t think much has changed.

“Obviously he adapted to the league and he needed some time but he started to perform pretty quickly and he established himself in this league for a long time, something that is not easy to do.”