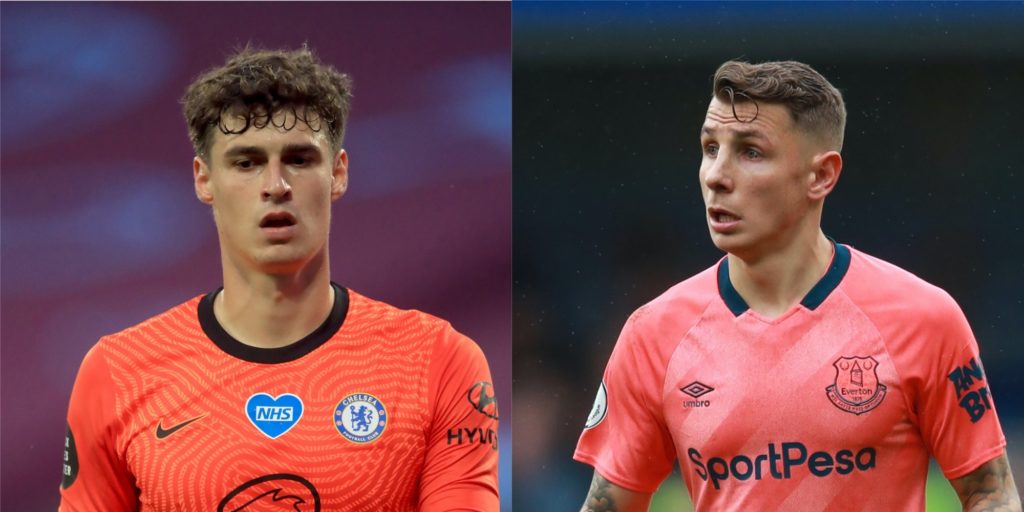 Kepa Arrizabalaga may have a loan spell away from Chelsea, according to today’s football gossip.

Manchester City and Chelsea are likely to turn their attentions to Everton left-back Lucas Digne if they can not lure Ben Chilwell from Leicester, according to ESPN. Chelsea have long had their sights on Chilwell but the Foxes’ valuation of GBP 75million could prove a stumbling block. Consequently, the Blues and Sky Blues are contemplating Frenchman Digne, who at 27 would cost considerably less than 23-year-old Chilwell.

Chelsea goalkeeper Kepa Arrizabalaga is set to be loaned out to Sevilla, The Sun reports. The 23-year-old’s form struggles continued when he let in four goals against West Ham on Wednesday night, one of which was disallowed. The world’s most expensive goalkeeper – having cost GBP 71.6million – Arrizabalaga is likely to be sent away by Frank Lampard to regain confidence, with Sevilla a likely target in his home country.

Chelsea may face a battle with Tottenham as they look to bolster their goalkeeping ranks with Lille’s Mike Maignan. The Daily Express says Frank Lampard is keen on the French 24-year-old, ahead of Alphonse Areola, who is currently on loan at Real Madrid from Paris St-Germain. The Sun reports Spurs are also interested in Maignan as a replacement for the 33-year-old keeping him out of the France team, Hugo Lloris.

Everton, Liverpool, Manchester United and Manchester City are said to be interested in Bayer Leverkusen winger Leon Bailey, Sky Sports reports. All four clubs are expected to send scouts to watch the 22-year-old this weekend. The Jamaican has created considerable excitement in the Bundesliga this season, and is believed to be keen on a move to the Premier League.

Eric Bailly: The 26-year-old is set to be shipped out of Manchester City on loan next season with Valencia the most likely destination, according to The Sun.

Dean Henderson: Manchester United’s 23-year-old keeper, on loan at Sheffield United, may be getting itchy feet, warning Ole Gunnar Solskjaer he will not wait forever to become the number one keeper at Old Trafford, the Daily Express reports.