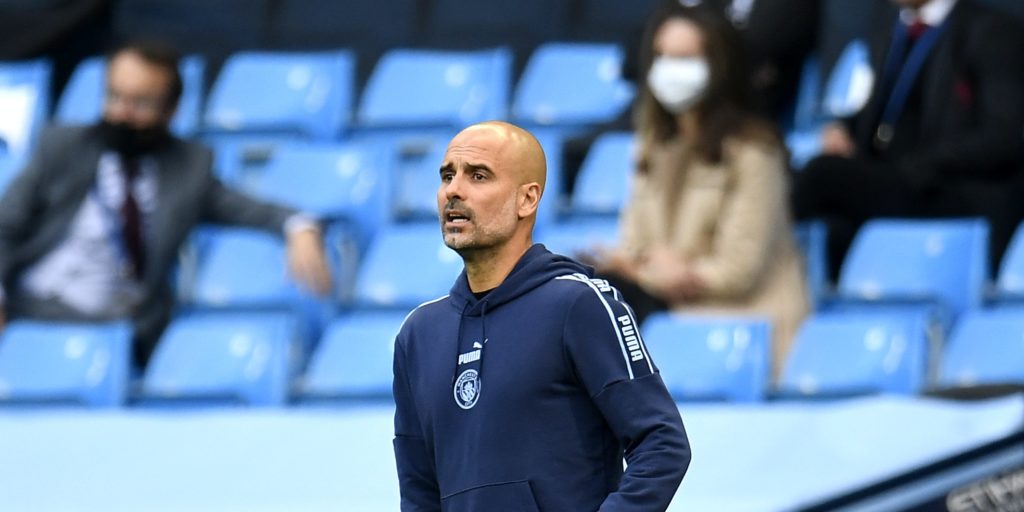 Pep Guardiola dismissed suggestions Liverpool had overdone the celebrations after his Manchester City side thrashed the newly-crowned champions 4-0 on Thursday.

City gave a reminder of their quality on what proved a sobering night for Liverpool, who were given a guard of honour by their hosts in their first match since securing the Premier League title last week.

Kevin De Bruyne began the rout with a penalty before further strikes from Raheem Sterling and Phil Foden and an Alex Oxlade-Chamberlain own goal.

City boss Guardiola felt his side needed to be at their best to sharpen up for their continuing challenges in the FA Cup and Champions League.

Guardiola said: “I’m delighted. Congratulations to the team, we beat the champions with the quality they have.

“I saw in the guard of honour how incredibly focused they were, how they shouted. I saw their faces, that’s why they’re champions.

“They didn’t come here to celebrate. They’d drunk enough beers and they came here to compete.

“So the chances we created, to beat them 4-0, it was so important for preparing against Arsenal and Real Madrid.”

De Bruyne was outstanding throughout and earned high praise from Guardiola.

He said: “He’s a really good player, this guy. He has something unique. He can run, the vision, the personality, the penalty-taker – right now in midfield he’s the best. He can get better of course and he knows it.”

Sterling was also highly influential against his former club, winning the penalty for De Bruyne’s goal and then adding City’s second. He thought he had also claimed the fourth only for the final touch to come off Oxlade-Chamberlain.

Sterling felt it was important to send a message to the side that had taken their crown.

“They have been brilliant all year and we knew we had to come out strong. We started really well and all credit to the boys,” he told Sky Sports.

“We knew we were behind, we were disappointed at times this season having lost some games we shouldn’t have so we had a test against the new champions and (a chance) to make a point.

“Next season starts today and I think we did well.”

Klopp said on BBC Radio Five Live: “The game had a lot of key moments and City used them. That is how it is.

“We had our moments where we were really close to making something but City were really there. They used our mistakes, we didn’t use their mistakes.

“The game was open but it clicked more for City than for us. I wanted to see a brilliant attitude and I saw that, the boys were really fighting.

“If there is a team in the world that can smash us like this it is probably City but we will come again.”

Klopp, who seemed irritable in some of his post-match interviews, also insisted last week’s celebrations had no impact on the result.

“It had nothing to do with last week,” he said in his post-match press conference.

“If anyone thought that the quality gap is 20 or 23 points I cannot help you. I saw pretty much all the City games and even in the games they lost they were good.”