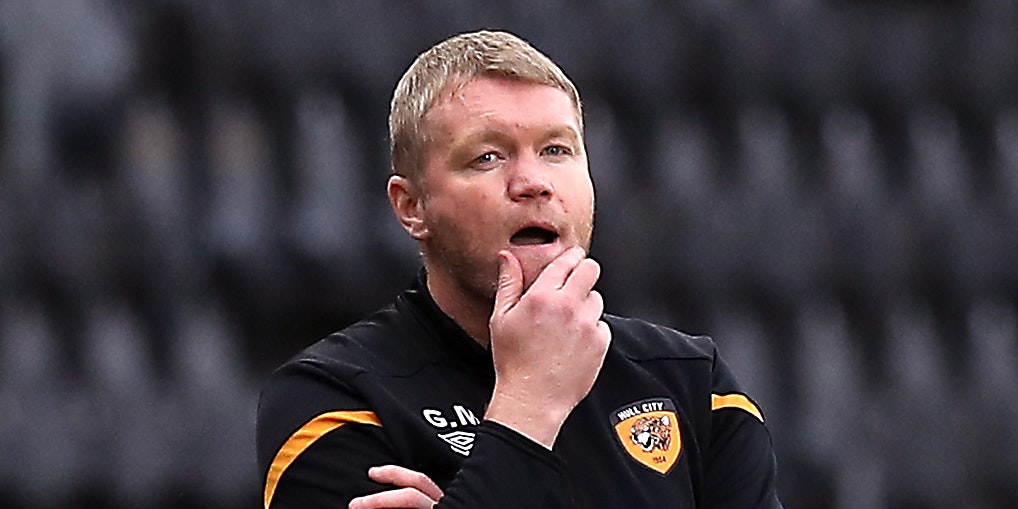 The Tigers had not won in the league since New Year’s Day.

Hull manager Grant McCann’s delight was as clear as his relief after Mallik Wilks’ stoppage-time strike saw off Middlesbrough and secured a first victory since New Year’s Day.

Britt Assombalonga’s early spot-kick was cancelled out by a fine Herbie Kane free-kick in the eighth minute, with Neil Warnock’s side looking the most likely to grab three points at the empty KCOM Stadium.

But Wilks would celebrate making his loan move from Barnsley permanent earlier in the day by sealing a last-gasp 2-1 win against the run of play as Hull leapfrogged Boro in the standings.

“I think both teams were on edge a little bit. The ball was in the air a lot. I think the ball had a bit of a migraine at the end, if I’m honest.

“There wasn’t much football played but we knew that was going to be the case tonight.

“We knew we were coming into a Neil Warnock team who want to get the ball forward to the front players, Assombalonga, (Patrick) Roberts and (Hayden) Coulson. They’re dangerous and they’re quick.

“We had to make sure we were set right defensively, picked second balls up.

“It’s an important win for us, it really is, and it’s a good response from the boys obviously from the Charlton game to go two games unbeaten, so we’re pleased.”

McCann believes Thursday’s match was always going to be a case who would “blink first”, but Boro counterpart Warnock left the KCOM Stadium stunned at their failure to win.

“I think I’d have been disappointed coming here having got a point, so you can imagine how I feel,” Warnock, who started his reign with a 2-0 win at Stoke on Saturday, said.

“We’ve got our own selves to blame, the opportunities we’ve had and we haven’t managed to put a decent cross in – the number of times it’s gone behind or hit the first person. It’s not rocket science, really. I must have counted 20 times today (that happened).

“You’re not going to score goals unless you’ve got that little bit of quality in there and we couldn’t do that today.

“Listen, it’s something to work on. There’s six games to go, everybody will be down in the dumps now but we haven’t got time for that.

“We’ve got to get on with it now, get ready for QPR on Sunday and put that behind us.”