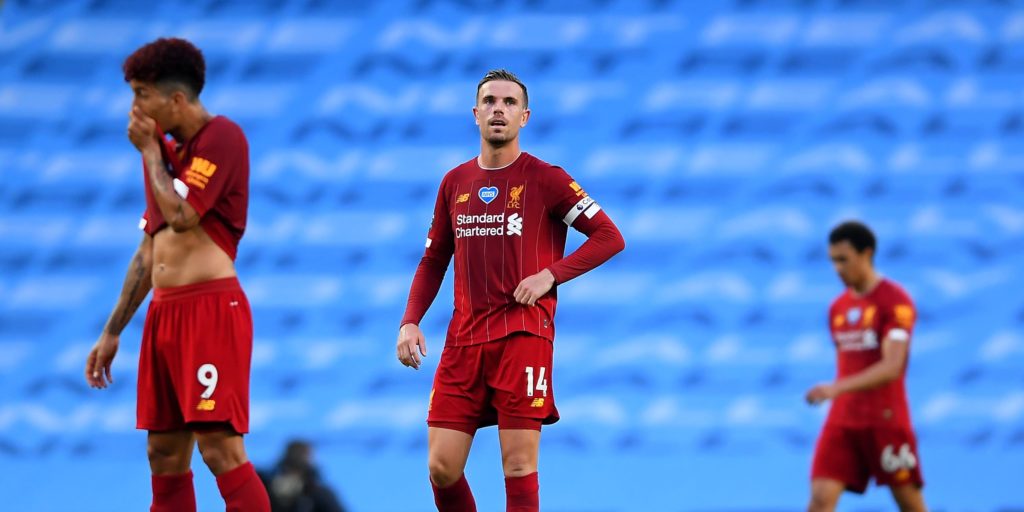 European qualification and relegation are still to be settled with six games to go.

Champions Liverpool lead the list of clubs looking to right wrongs during the latest round of Premier League fixtures.

If Jurgen Klopp’s men will do so having already secured the top prize, there is much still up for grabs below them with six games of the campaign remaining.

Here, the PA news agency takes a look a some of the talking points surrounding the weekend’s action.

The last thing Aston Villa need as they attempt to drag themselves out of the relegation zone is a trip to Anfield on Sunday to face a wounded Liverpool. Dean Smith’s men might have hoped to find the Reds on the beach with the silverware safely on display on Merseyside and 20 points separating them from their nearest rivals, but Thursday evening’s 4-0 drubbing by Manchester City will require a response.

The kids are all right

Manchester duo City and United have not been afraid to get out the chequebook in recent years, but both are currently revelling in the emergence of youngsters who look to have exciting careers ahead of them. Phil Foden, 20, turned in a mature display capped by a well-taken goal against Liverpool in midweek 48 hours after 18-year-old United starlet Mason Greenwood scored his 14th of the season at Brighton. Both will hope for a further chance to impress over the weekend.

Allan taking it to the Max

Newcastle fans have had little enough to cheer in recent years, but Allan Saint-Maximin is doing his level best to put smiles on their faces. The Frenchman, whose GBP 16million summer switch from Nice is increasingly looking like a bargain, has returned after lockdown with the wind in his sails and provided three assists, as well as a series of blistering runs and audacious tricks, during Wednesday night’s 4-1 win at struggling Bournemouth. Head coach Steve Bruce will hope for more of the same when West Ham head for St James’ Park on Sunday.

Staff at Tottenham could have been forgiven for dusting off the trophy cabinet in anticipation when serial winner Jose Mourinho accepted the manager’s job in November last year. However, life in North London has proved challenging for the Portuguese, who has presided over a run of one win in nine games in all competitions, culminating in Thursday’s 3-1 defeat at Sheffield Wednesday, since February. As a result, Spurs head into Monday evening’s clash with Everton sitting in ninth place in the table, a point behind improving derby rivals Arsenal.

The Premier League’s traditional top six have had things largely their own way for much of its existence, but this season could prove something of a watershed. Leicester, who entertain Crystal Palace on Saturday, continue to fight for another bite of the Champions League cherry with Wolves, who host the Gunners, hot on their heels, while promoted Sheffield United have Europe firmly in their sights as they head for Burnley on Sunday.