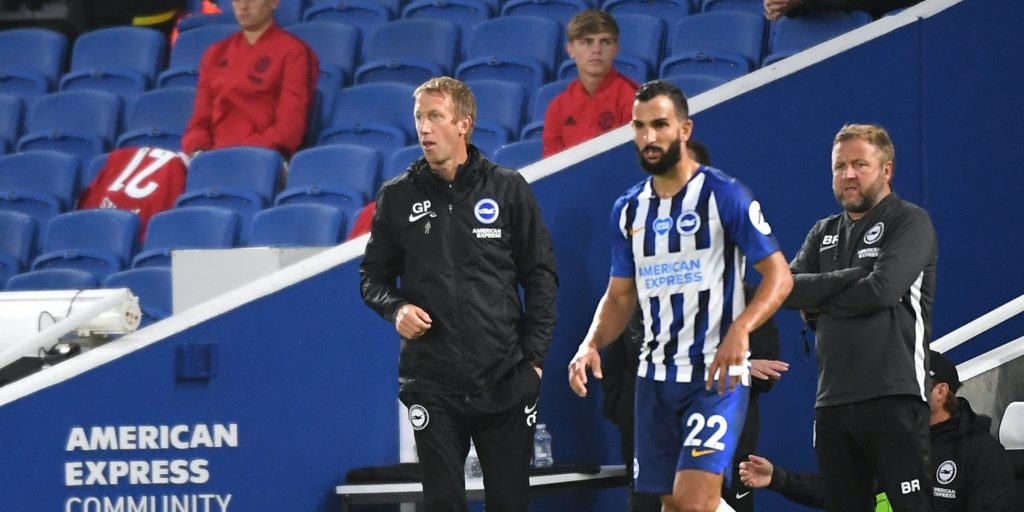 Potter was initially opposed to the idea.

Brighton boss Graham Potter admits he has embraced the five substitute rule having used his full quota since the restart.

Clubs are allowed to make five changes per match, rather than the usual three, after the law temporarily was changed to help ease the workload on players post-lockdown.

Potter, known as a progressive coach, was initially opposed to the idea, saying in May: “I think as soon as you start to change the rules regarding substitutions, it becomes different to what we started in the first place.”

However, that has not stopped the former Swansea manager turning in-game ‘Tinkerman’, making the full 15 replacements over Brighton’s three matches so far.

He said: “I think we’ve had to use them. It’s been sensible to use them and ultimately when you’re on the side you’re just trying to think ‘how can we win the game’?

“And if making substitutions, getting fresh legs on or changing something that can help that, then that’s what we’ve got to do. There’s no point thinking we’ve only got three subs. So yeah, embrace it, adapt to it, do our best with it.”

It is a testament to Potter’s squad that he is comfortable making those changes, with other managers near the bottom of the table still only making one or two substitutions, presumably down to a lack of options.

“The benefit we have is we’ve got a lot of players who are ready to play and who can help the team,” he added.

“We’ve got a deep squad that’s quite similar in level, so that’s beneficial in this situation.

“So yeah, we’ve used that well I think. It’s good to have that depth of squad at the moment. Sometimes it’s good just to have a really strong XI and keep going with it. At different stages it’s beneficial.”

So would Potter like to see the law made permanent?

“I’m not sure, to be honest,” he said. “I think it’s changed the game, with the water breaks as well, it’s changed and I’m not sure it’s something that’s going to be here long term.”

Potter takes Brighton to Norwich on Saturday knowing a win would, temporarily at least, lift them nine points clear of the relegation zone.