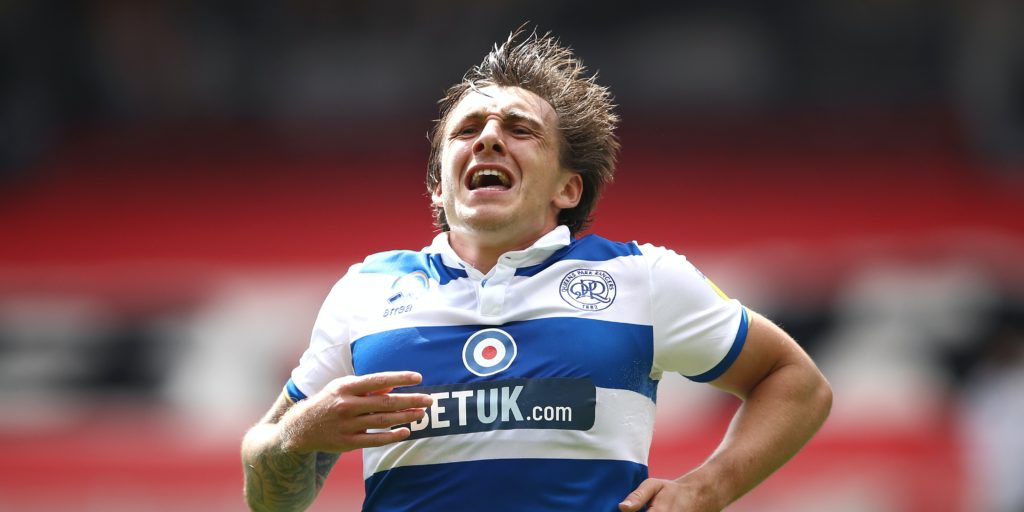 Hugill’s long-range winner secured QPR’s first points since the restart and lifted Mark Warburton’s side to the 53-point mark, all but guaranteeing their survival in the Sky Bet Championship.

Middlesbrough, on the other hand, are staring down the barrel of relegation to League One, with their latest defeat coming in Neil Warnock’s first home game as manager. Their wait for a first home win since Boxing Day goes on.

Boro started the day in the Championship’s bottom three after Stoke’s four-goal thrashing of Barnsley saw the Potters clamber above them, and Warnock’s decision to recall centre-half Harold Moukoudi and station him as a defensive midfielder underlined the Boro boss’ desire to keep things tight.

Home goalkeeper Dejan Stojanovic was called into action in just the third minute, gathering a deflected shot from Ryan Manning, but Middlesbrough started marginally the stronger of the two sides and threatened twice inside a minute midway through the first half.

QPR goalkeeper Joe Lumley was equal to them on each occasion, parrying a long-range effort from Britt Assombalonga before producing an even better save to deny Ashley Fletcher after the striker raced on to Patrick Roberts’ through ball and advanced into the right-hand side of the box.

QPR had not really threatened at that stage, but the visitors almost claimed the lead on the half-hour mark as Jonny Howson dawdled on the ball, conceding possession to Bright Osayi-Samuel. He released Hugill through the middle, but the striker hesitated at a crucial moment, enabling Stojanovic to break from his line and block his shot.

Hugill, a born-and-bred Teessider, endured a frustrating spell on loan at Middlesbrough last season, but his return to the Riverside proved a fruitful one a minute later.

Picking up the ball from Manning close to the right touchline, Hugill unleashed a vicious 30-yard half-volley that arced over Stojanovic before nestling in the net. It proved to be Hugill’s last intervention as he appeared to injure his hamstring in the act of shooting and was immediately forced off, but it was a hugely significant one.

QPR almost doubled their lead shortly before the interval, with Manning firing in a low free-kick that was parried by Stojanovic, but the visitors were content to spend most of the second half defending their advantage.

Middlesbrough enjoyed more possession in the second half, but chances remained few and far between for the home side, who are clearly lacking in confidence.

Ravel Morrison should have done better midway through the second period when he fired over the crossbar after Fletcher prodded the ball into his path, and substitute Lukas Nmecha wasted the home side’s best opportunity with nine minutes left as he drilled a first-time volley over the bar from 10 yards.